Exactly one year ago Willem Rebergen, better known by his stage name Headhunterz made an unexpected appearance at Defqon 1, which was his first time there since he officially announced his retirement from hardstyle.

And today Headhunterz officially announced return to his roots in a heartfelt message to his fans, saying that it is almost impossible to explain why he left the hardstyle scene to explore the world out there.

“I didn’t even really know myself what I was looking for yet,” said Headhunterz.

“Hardstyle was the music I grew up with, making it was the most natural thing to do when I started making music. But my mind has always been curious and adventurous. Thus, at some point, I couldn’t resist the question: “What else is there?”. Like Simba that was given a whole kingdom by birthright but couldn’t resist to go see what lay beyond.” he added

Headhunterz said that his appearance last year at Defqon 1 changed him as a person, and that he no longer feel the need to prove himself and the world that he could do it all:

“When I appeared before you at DefQon.1 2016, I literally broke down. My world fell apart and I saw the bigger picture. Suddenly feeling so tired of going against the stream of my true nature, all the pieces of my puzzle fell together. I had left home only to set out on a journey back to where I started. But now I have been given the answers I was looking for. I did not fall in love with hardstyle just because I grew up with it. It was love at first sight with hardstyle and myself!

I fell in love because it was the only music in the world that connected with every part of me that made me human. Raw emotion and energy, uncontaminated and right underneath the surface of our rapidly moving society that consumes everything in its path. It has united people like nothing I have ever seen in my life and it has made even the toughest men shed tears at times, like it did at that moment in time.

That day changed me as a person. I no longer felt the need to prove to myself and the world that I could do it all. The illusion that something else better than this is out there evaporated. I made it to the elephant graveyard and back. Thank you for showing me the way home. Thank you for always leaving the door open. I hereby return as a humble member of the community, offering my works, committed to spreading the word.

“One day, sooner or later, we see this music is our destiny”

Electric Love festival today announced that Headhunterz‘ set on Friday, July 7 will extend to a special performance of Project One. 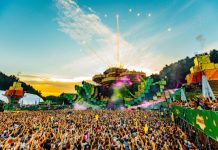 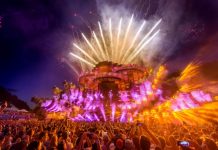