Having kicked off the first leg of its ground-breaking 2017 Asia tour last month in Singapore and Korea, ULTRA Worldwide now sets its sights on leg two, as it reveals four huge Road To ULTRA lineups set to rock the continent in India, Taiwan and Hong Kong this September.

As they prepare to make their first foray into the Indian market this September, ULTRA Worldwde can now confirm not one but TWO events will run in Mumbai and New Delhi, on September 7 and 8, respectively.

Headlining both shows, Road To ULTRA India will feature one of the most sought-after electronic-pop duos in the world, The Chainsmokers. International support comes from Getter, Lost Kings, REZZ, Sam Feldt, and Slushii, while additional performers include Mykris, Raiden and Siana Catherine. 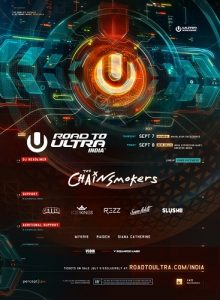 Set to take place on September 10, 2017, Road to ULTRA Taiwan will be bringing three of the biggest names in the world of electronic music – The Chainsmokers, Martin Garrix and Zedd – to perform at the Da Jia Riverside Park for the first time.

International support will come from Lost Kings, Nick Martin, Nicky Romero, Sam Feldt and Slushii, while local support for the event will be announced in the coming months.

Officially the largest one-day electronic music event in the country’s history, Road to ULTRA Taiwan is expecting to break its own attendance record once again in 2017. 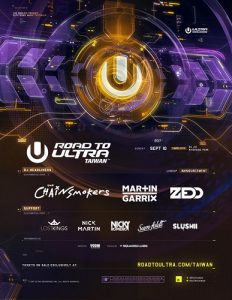 On September 16, Road to ULTRA Hong Kong will then host Hardwell, Kygo and Zedd as its headliners for its second edition.

Some of the hottest names in dance music right now will also perform alongside the headliners, with Getter, REZZ and Slushii all confirmed to bring their own distinct sounds to the sprawling metropolis of Hong Kong. 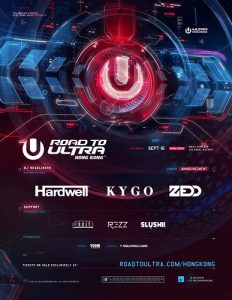