With over 80,000 festival-goers expected to attend the debut of ULTRA Mexico 2017 first ever 2-day event, the festival now announces its stellar Phase Two lineup. 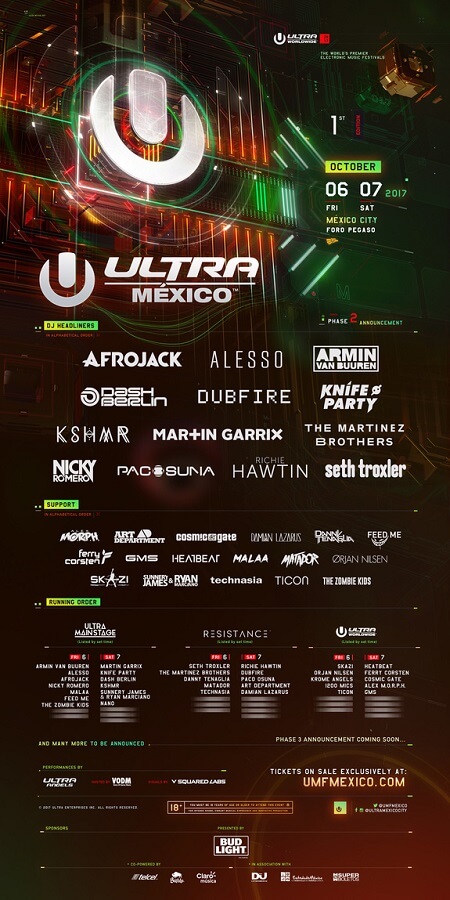 Tickets can be purchased at umfmexico.com