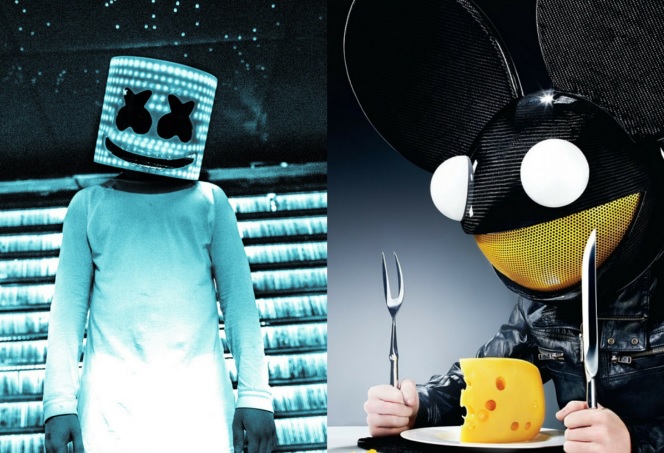 As you may already know, Marshmello and Deadmau5 continually beef and fire shots at each other. The Canadian progressive house producer is not a fan of the Mello masked man and he’s let people know.

About a year ago the “mysterious” masked man Marshmello, released a massively successful video for his track ‘Alone’ which featured him feeding a pet mouse named Joel.

Marshmello doubled down on his beef during the first-ever installment of “Cooking with Marshmello”, which offers viewers a tutorial for making chocolate mice creatures so cute that you’ll want to eat them all up.

At the end of the video, a voice over instructs the DJ to handle his mouse delicately.

“You know how mad these mice can get,” the voice says, then Marshmello slams the mouse against the cabinet.