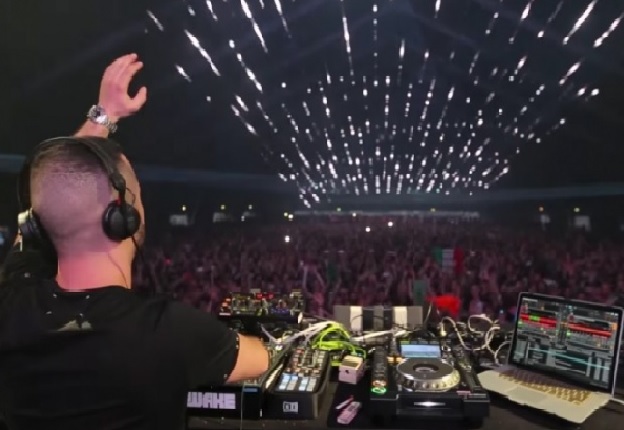 Most DJ’s face most of their physical limits through travel fatigue usually having to catch 7 or so flights in a matter of three days. While their actual performance might not be physically demanding extended periods of time without sleep can wear on the body.

Believe it or not, Joseph Capriati played at 25 hour and 30 minute set at Heart Nightclub in Miami. He’s a techno DJ who proved that he had the musical endurance to play for over a day non-stop.

Techno DJs are known to play longer sets and desert raves usually go until 5 or 6 in the morning. He claims he came to the club with intentions of just doing a marathon but as time went on he just kept playing and playing.

Joseph Capriati said that he beat his own personal record but no one quite knows what that exactly was. Either way you look at it, this is a musical feat to be reckoned with and it just goes to show how dedicated some DJ’s are to the music and in testing themselves.

Well Miami, I came with the intention of a marathon set at Heart club last night, but I never expected to end playing for 25 HOURS and 30 minuets! That’s the longest set ever of my life, and would be difficult to repeat it as you can’t plan that, it just happens. Thank you ❤️