Excision‘s Lost Lands festival has been dominating the spotlight for the past month or so with tickets selling out instantly, a date release, and Lost Lands mixes. Twitter has been abuzz with people nominating a variety of DJ’s for 2018’s festivity so I present you with my Top 5 contenders for Lost Lands 2018 lineup.

OWSLA record label boss, Skrillex has been around since the dawn of mainstream EDM but recently he has been out of the festival scene besides his surprise appearances at places like HARD Summer and Burning Man. He would be an amazing addition to Lost Lands festival and it would give him a chance to play some dope pre-Jack U hits.

Getter has been an absolute beast as of recent by announcing a tour, dropping two new singles in a matter of weeks and also growing his rap alias, Terror Reid. He is one of the dirtiest producers around always dropping heavy songs with weird and unique sounds.

Flux has always been a heavy hitter worthy of any bass event, so it would only make sense that one of the Godfathers of bass music has a spot at Lost Lands 2018 festival. He even tweeted saying that he wants to go B2B with Excision in matching tuxedos.

Knife Party have always been a crowd killers and drop bangers every now and then especially their most recent song with Tom Morello titled ‘Battle Sirens‘. They just got back from Ultra Music Festival in Mexico and are making a stop at ‘Life in Color’ in March.

Zomboy is an animal behind the decks always jumping around full of energy all while feeding the wild crowd. His Rott’n Roll Tour was a huge success with attendees leaving the venue sharing Zomboy’s electric energy. I have no doubt that he could absolutely dominate a crowd at Lost Lands 2018.

Let us know in the comments section, who you want on Lost Lands 2018 lineup! 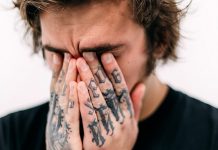