Porter Robinson ‘s Virtual Self returns today with the video for ‘Ghost Voices’ , unlocking the next chapter in an ever growing universe of future nostalgia.

Cloaked in darkness and ephemera, the Porter Robinson -directed clip takes viewers further into the world of its’ characters, Pathselector and technic-Angel, pulling back the curtain, only to unearth more questions surrounding the project’s mythology.

A concept predicated on the influences of his youth, with Virtual Self , Robinson taps an affinity for early 2000’s visual aesthetic, looking to “combine three tropes from the period that didn’t overlap much at the time: digital abstract, arcane magic design, and digital grunge, all into a single early-aughts flavor”, a thematic thread which weaves through both the project’s sonic and visual identities.

Arriving on the heels of numerous notable accomplishments surrounding the track, the ‘Ghost Voices’ video follows a recently anointed title of “the hottest record in the world” by Annie Mac on BBC Radio 1, complimenting skyscraping #1 placements for the Virtual Self EP on iTunes Electronic charts in both the US and Australia, and #2 in the UK. The visual also serves as Robinson’s second foray into filmmaking, following an executive producer role on the ‘Shelter’ anime short film, created in compliment to his project with French artist Madeon .

Since its release in late 2017, the Virtual Self EP has accumulated over 5 million streams and received high profile radio support around the world from key tastemakers with Annie Mac (Radio 1) exclusively debuting a 5-minute mini mix last week, Phil Taggart (Radio 1) proclaimed ‘Ghost Voices’ his #1 Specialist Record, and MistaJam (Radio 1xtra) called it a ” future anthem “, while it was also the most played track on Sirius Radio’s Electric Area channel in the US. 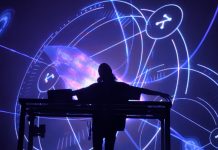 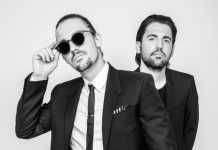 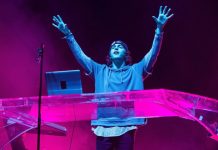