If you haven’t seen the video of Zedd showing off his $16 million house then go check it out below because it is absolutely beautiful and has sparked some animosity in the industry.

Apparently, this video has upset underground producer ABSRDST who claims that Zedd may have stolen parts of his 2014 track entitled ‘Skin Contest’. ABSRDST added a personal message explaining the spontaneous upload: “honestly I wasn’t gonna put out this video but zedd is showing off his 16 million dollar house and it put me in a bad mood.”

The track featured JSTR and was a pretty bare-bones but none the less contained a very similar chord progression and beat. He posted a video explaining why he believes the track was plagiarized and he has some valid points.

People are still debating this on Twitter so go check out what they have to say and weigh in yourself.

Remember when Zedd accused One Direction of plagiarism for using 3 similar words / notes out of a whole songhttps://t.co/0V2673ZUfD

honestly I wasn’t gonna put out this video but zedd is showing off his 16 million dollar house and it put me in a bad mood. ¯\_(ツ)_/¯ pic.twitter.com/v2iFNkv9RN

Do you seriously think you invented (2/1 1/2 3/2) ? Its literally just that, Im not going to waste time looking for songs, but there are rhythym songs searchers on the web, look them yourself but really I think its ridiculous

if it’s so common then why hasn’t anyone sent me a counter example of a popular tune that shares similarities? 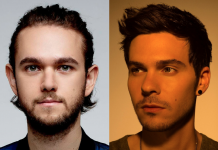 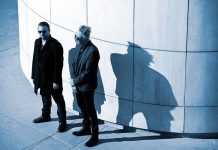