Previously stepping up on the remix duties for the likes of Disciples, Years & Years, Jessie Ware, HAIM and Snakehips, TCTS is the first to spin his own interpretation on Duke Dumont’s original.The Manchester-born, London-based producer brings an uptempo house edge and driving basslines to the original.

A true global superstar, Duke Dumont has amassed over 1 BILLION combined streams across his flurry of releases to date, and continues to tour worldwide. With a number of shows already locked in for 2018, the Brit will travel to Las Vegas for residencies at Wynn and Daylight, as well as headlining festival slots All round Europe, Australia, San Diego, Chicago, and many more. 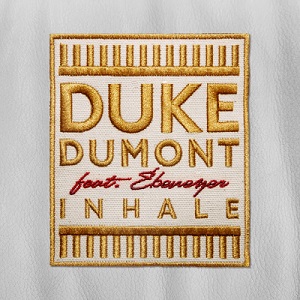 Preceding the release of Duke Dumont’s highly anticipated album, the remix package of ‘Inhale’ follows Duke’s previous two UK #1 hits ‘Need U (100%)’ and ‘I Got U’ and is set for release on 10th April.