Following DJ Snake‘s recent Twitter announcement regarding his new album, it only makes sense for us to be curious about we can expect to see on this new release.

The producer has been showing a different side to his musical chops with recent singles such as “Magenta Riddim,” “Broken Summer,” and “A Different Way.” In addition to this group of newer releases, there are a few backdated songs that we believe may make the final cut as well.

One of these backdated songs is a track from both DJ Snake and Zomboy that first hit the airwaves back in March. The song features vocals sampled from “Käppee” by Värttinä, a Finnish folk band formed in 1983.

The track also came under some fire via social media a few months back for being a bit too similar to fellow DJ’s PLS&TY’s song, “Run Wild,” however, the tweets have since been deleted by both parties.

Regardless as to whether or not DJ Snake or PLS&TY used the vocal samples better, this song is certainly still one we hope to see on the new album. 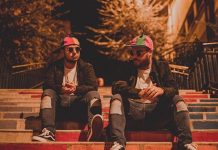