After an extended period writing in the studio amongst a global touring schedule, DJ and producer, Hot Since 82 is back with new original music in the form of Buggin’, along with the official announcement of his 8-track album project, due out this autumn.

Buggin‘ is released on Hot Since 82’s very own Knee Deep In Sound label in the midst of the second season of his Labyrinth residency at Pacha Ibiza. The weekly Friday night residency has served as the ultimate testing ground for the new record.

Inspired by the house music from the turn of the century that the teenage Daley Padley was consuming, Jem Cooke‘s mesmerising vocals in combination with Hot Since 82’s signature groove make for the perfect 3am journey through the dancefloor this summer.

Here’s what Hot Since 82 had to say about his new track:

Buggin’ represents everything I love about club music.. driving, uplifting and a little hypnotic. It’s a real nod to that early 00’s house vibe that I adore! 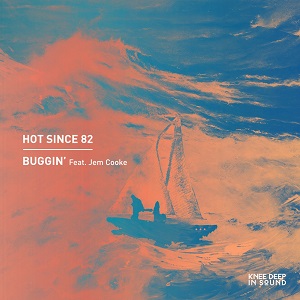 8-track is a concept devised by Daley himself for the label which allows a producer to explore the possibilities of working on a much broader canvas compared to the constraints a traditional EP/12″ release without the pressures of a studio album.

8-track will feature eight new original tracks and is the latest in a string of major projects for Padley; the continued growth of his Ibiza residency, the release of his second documentary short in the ‘Even Deeper’ series and now a new album project.

Full release details on the 8-track album are to follow, and you can watch Even Deeper Japan now here.