Famous photographer and Berghain bouncer, Sven Marquardt who rejected many techno fans at the entrance of popular techno club in Berlin get’s denied entrance into a Sydney nightclub last weekend. Justice has been served we guess.

Sven Marquardt says in a recent interview that he was denied access due to his numerous face tattoos. After his exhibition at the Goethe-Institute in Sydney, Sven was denied at a local Sydney nightclub and says this isn’t the first time he’s been denied.

Club owner later apologized to Sven, and noted that he was also denied entry in Berghain when he was in Berlin. Seems like the bouncers may be taking their jobs a little too seriously. 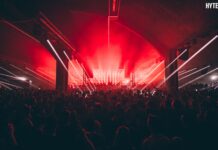