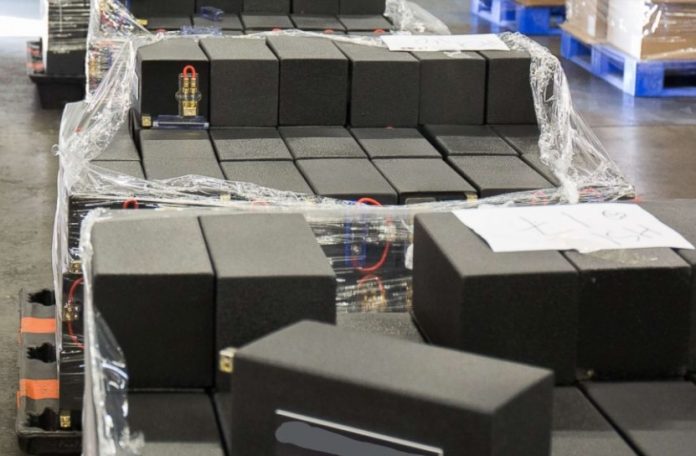 Following a joint operation by United States and Australian authorities, Australian police recently announced that due to the coalition, a shipment containing the largest amount of methamphetamine ever to be seized on United States soil was intercepted by Border and Customs Protection in mid-January at the Los Angeles/Long Beach seaport.

Along with 1.7 tons of meth, 55.9 pounds of cocaine, and 11.5 pounds of heroin were all seized before the cargo ship was able to head toward its destination in Australia. Authorities intercepted three separate containers that were filled with speakers, after further investigation, it was determined that the speakers were filled with drugs, and the bust unveiled an estimated street value of 1-billion US Dollars, and 1.29 Billion AUS Dollars.

It appears as if intel led both parties to be able to deliver a significant blow to a US-based crime syndicate. Arrests occurred for representatives from each side of the map regarding the intercepted shipment. Australian police have arrested six people after serving different warrants, two Americans, and four Australians. Australian police said that the Americans were a 52-year-old man and a 46-year-old woman that were living in Woodstock, Victoria.

While serving warrants, police report that at the Woodstock location, that “Hundreds of thousands of dollars worth of crime”, was discovered, and additionally while at a property in Keilor Downs, 6.5 kilograms of meth was also discovered. In an attempt to further cripple the international crime syndicate that is allegedly involved with the shipment, Canada performed searches in Burnaby, British Columbia, with no reports from the activity at this time.

Australian Criminal Intelligence Commission spokesman Jason Halls stated that “removing 1.7 tons of meth before it hits our streets will have a huge effect on the illicit drug market”.

Reports from police in Victoria state that an estimated two-tons of meth is consumed in the state every year. The war on drugs is an endless game of cat and mouse, in this particular incident, the mouse did not make it home with the cheese. Certainly, the show will go on, in the world of international drug smuggling, it seems to be a pretty well-known fact, that one monkey does not stop the show.