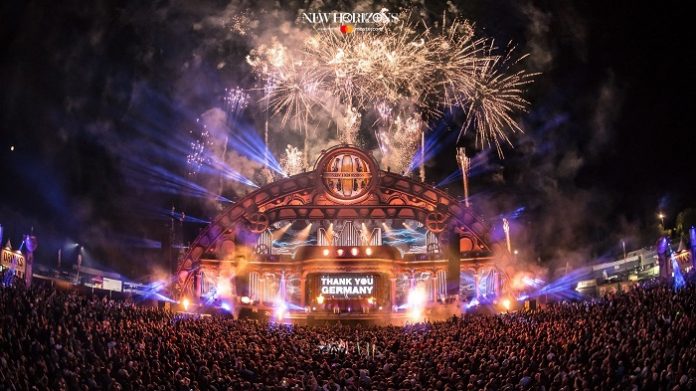 Held at the iconic Nürburgring location, the 2019 edition of the German festival will welcome more than 160 DJs across 5 days and 10 different stages. Taking place during the final weekend of August, Tomorrowland residents Dimitri Vegas & Like Mike will bring their thunderous tones to the festival’s mainstage as they look to enforce their famous ‘crowd control’ over the event’s attendees.

Partygoers will also be treated to not one – but two – sets from Dutch maestro Don Diablo, who will bring his Future XL to the mainstage as well as hosting his own Hexagon stage over at Factory 49.

Announcing an all-star ensemble packed with almost 20 of DJ Mag’s Top 100 for the complete line-up, New Horizons 2019 will also welcome psy-trance juggernauts Vini Vici, the world premiere of Salvatore Ganacci‘s own stage ‘ZATARA‘ at the Urban Circus on Friday, and the first ever German festival appearance from one-woman Canadian powerhouse, REZZ. 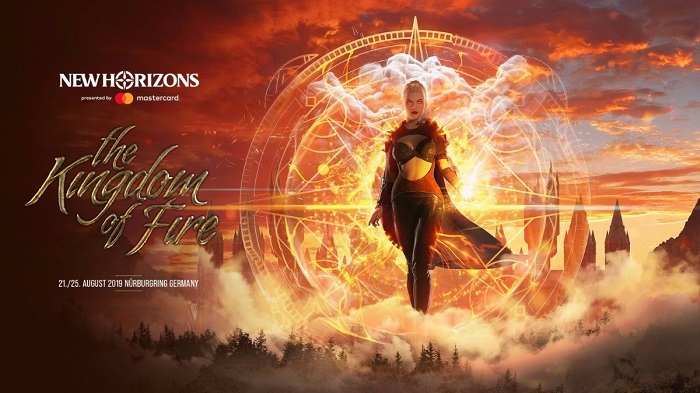 With the mysterious New Horizons gatekeeper once again opening the portals to a magical party dimension, attendees will be treated to the ultimate summer escape filled with electronic music between 21st and 25th August. This year also marks its first edition that allows visitors 16+ to experience the magic of the festival.

The third year of the festival, which has so far welcomed the likes of Armin van Buuren, Tiësto, Hardwell, and Steve Aoki to previous editions, is set in the heart of Germany’s Rhineland, with more than 70,000 party in attendance at the jaw-dropping 2018 edition which included performances from the likes of Axwell and Sebastian Ingrosso, and Marshmello.

With this year’s edition of New Horizons sure to cement a spot as the most spectacular year so far, all ticket details can be found here.