Psychotropic chemicals have been an underground entity throughout the advancement of humankind. Different hallucinogenic substances have popped up throughout history from various countless cultures around the globe.

Traditional medicine has been around for far less than one hundred years and prior to its advancement, humans only used holistic medicines for all of their needs. A recent archeological discovery revealed that some ancient humans were also involved with drugs when a thousand-year-old satchel that contained multiple psychedelic drugs and cocaine was found by a group of researchers.

The archeological discovery of what is being referred to as the “ritual bundle”, contained no less than five psychoactive compounds including dimethyltryptamine (DMT) and harmine, which are the ingredients to make the soul-shaking ayahuasca. Other ingredients included cocaine, benzoylecgonine, bufotenine, and a chemical that resembled the active ingredient in magic mushrooms, psilocybin. 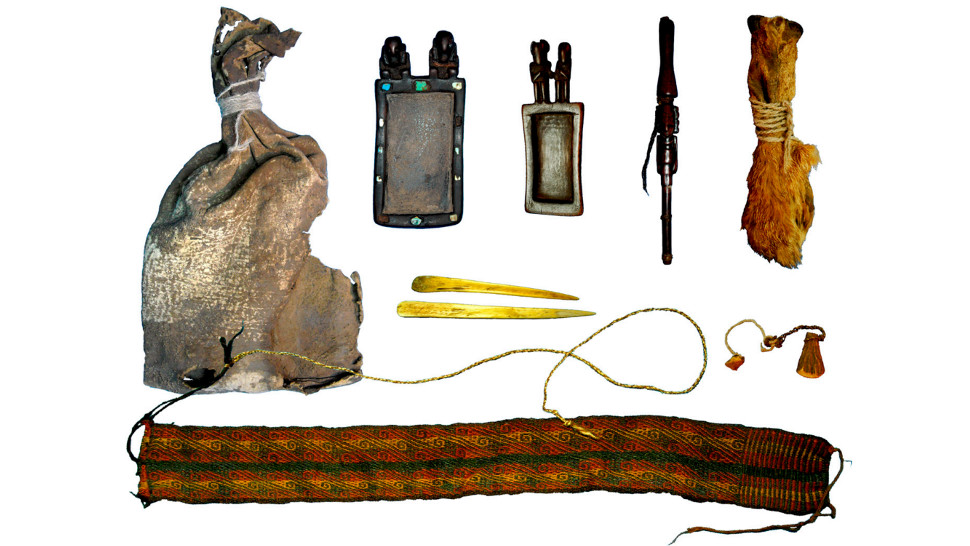 Where these chemicals have been discovered throughout ancient history, Jose Capriles, the assistant director of anthropology from Penn State said that this is the first time that the various chemicals were discovered together.

It was a rare discovery due to the fact that all of these chemicals that came from far reaches of the planet somehow wound up in one satchel. In a public statement, he testified “we already knew that the psychotropics were important in the spiritual and religious activities of the societies of the south-central Andes, but we did not know that these people were using so many different compounds and possibly combining them together.”

The chemicals were derived from plants that were foreign to the region of the discovery. The plants that were needed to extract the chemicals were not available to one geographic location. A person would have had to travel the whole world to gain access to the different plants needed. Theories from the evidence of the discovery suggest that perhaps there was a psychedelic and psychoactive black market or trading operation connecting members of the planet to different chemicals.

A research paper that was published In the Proceedings of the National Academy of Sciences is where the discovery came to light. The research team was on an excavation mission in Bolivia when they stumbled upon a burial site that lacked human remains, but had several keys to historical information. Tablets were found that were used for grinding plants into a powder for sniffing, a crude tube that was used as a smoking device, a bag that was made from three fox snouts, and also the “ritual bundle” was discovered.

While psychedelic use has stemmed back to ancient Egypt and beyond, it is not every day that actual samples from history are discovered. Radiocarbon dating stated that the artifacts and chemicals were 1000 years old.

It is remarkable that the chemicals still held potency after so many years. Since there was not a body discovered in the burial site, it is hard to say where the bag originated from. Speculation leads people to believe that the satchel belonged to some sort of a shaman or spiritual guide.