All three events will be held at the brothers’ spiritual home of DC-10, where they are residents at the club’s flagship Circoloco night. Taking place on 21st June, the first party sees Chris and Steve joined by White Isle mainstay Marco Carola and three artists from their hometown of New York: Jesse Calosso, Jean Pierre and Patrick Grooves.

The run of parties marks the first time The Martinez Brothers have thrown an Ibiza party under their Cuttin’ Headz brand since the one-off parties held in collaboration with Seth Troxler‘s Tuskeegee label in 2017 and 2018. 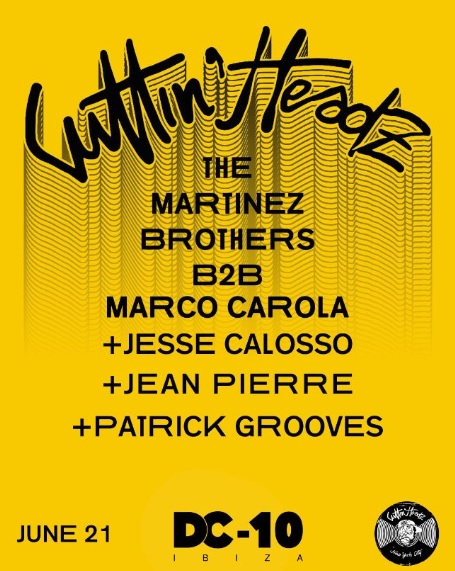 Far from their only Ibiza dates, they’re already locked in for appearances at Circoloco, Paradise and Pacha’s Music On, as they make the White Isle their summer base yet again this year.

Tickets for the events can be purchased HERE.