FFRR, one of the most influential forces in global dance music, will launch some special releases and events as they celebrate 30 years at the top.

To kick-start the celebrations they have brought two of house music’s most respected artists together, David Guetta and Martin Solveig, to combine their forces on the brand new track ‘Thing For You.

The two artists – both great friends and masters of taking electronic music to stadiums – have produced a club jam with an authentic UK house feel and sublime vocals which will surely emerge as the crossover club smash of the summer. It’s an exciting collaboration between two world class talents, and a chance for the super producers to share a unique moment. 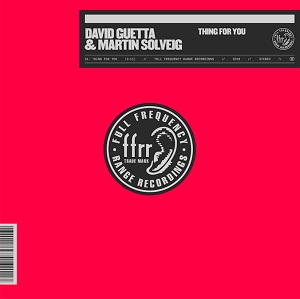 Next to thar he has started his summer season with his highly successful residencies BIG and F*** Me I’m Famous on Ibiza at Ushuaïa and Hï Ibiza, while also heading out to play lots of mainstays at festivals.