Last Friday, right before Jax Jones finished his fully packed festival weekend with shows at Tomorrowland festival and Parookaville, the British #1 dance export dropped the news that he will be launching his debut album called “Snacks (Supersize)” which will be released on September 6th via Polydor.

The album will include new work and some of his biggest hits featuring an all-star array of some of music’s brightest stars. Also on the album is Jax Jones‘ latest release ‘Harder‘ together with pop powerhouse Bebe Rexha.

The infectious dance & pop track has reached over 6 million global streams, entered the Top 20 UK radio airplay in the first week alone and is on its way to become the latest hit in line for Jax Jones! The Europa hit single ‘All Day And Night’ featuring Madison Beer is still in the Top 30 on the global Shazam charts and has over 150 million combined global streams. 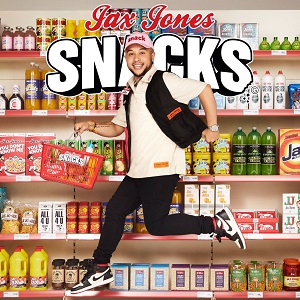 Looking back at a successful summer so far; his own residency at Ibiza Rocks, touring the world and playing at festivals such as Parookaville and Tomorrowland. Together with Martin Solveig the dance super group Europa absolutely killed the Freedom stage at Tomorrowland with their improvised house set. Tomorrowland marked the fourth gig out of seven Europa performances scheduled this summer. You can still catch them this summer Boardmasters, SW4 and Summerburst Festival.