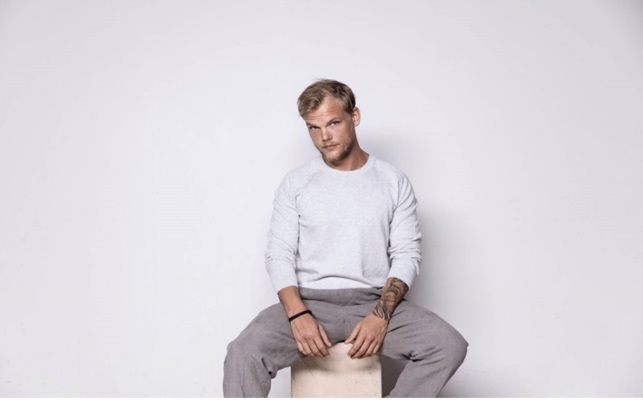 19 of the original singers on Avicii’s biggest tracks, including Aloe Blacc, Adam Lambert, Alex Ebert, Rita Ora and Joe Janiak, will come together with a 30 pc band to perform a two hour headline set of his original music on December 5 at the Friends Arena in Stockholm for the Avicii Tribute Concert for Mental Health Awareness.

Produced by The Tim Bergling Foundation, all net profits from the Avicii Tribute Concert for Mental Health Awareness go to supporting organizations which address mental health needs and suicide prevention. 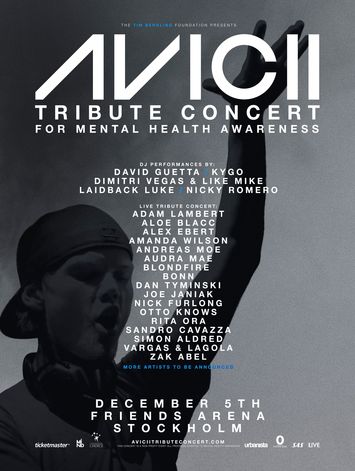 “Tim had plans for his music to be performed together with a large live band, and now we are realizing his dream and giving fans a chance to experience his music in this unique way,” says Klas Bergling, Tim’s father.

The Avicii Tribute Concert for Mental Health Awareness will be the first time that most of Avicii‘s greatest tracks have ever been performed live and also the first time that so many of the singers and collaborators whose performances and productions made his music so special gathered together in one historic moment to perform his music. Fans can expect uplifting and intensely emotional experience, just as his music was when he created it.

When the superstar artist and producer known to millions of fans around the world as Avicii but known to friends as Tim died on April 20, 2018 it sent a shockwave around the world, the global mourning an equal and opposite reaction to the Swedish producer’s intensely uplifting music and the reach it had during his comet streak of a career. Fans and fellow artists called him passionate, groundbreaking, the gold standard for timeless electronic music. At the Avicii Tribute Concert for Mental Health Awareness fans worldwide will come together with his collaborators to honor his music and legacy.

“We are grateful that his friends, producers, artists and colleagues are coming to Stockholm to help. They have all expressed a sincere interest and desire to engage in efforts to stem the tide of mental illness and lend their support to our work with the Tim Bergling Foundation. We are very much looking forward to this evening, which will be a starting point for the foundation’s work going forward.

“Every year around 1500 people take their own lives in Sweden and globally up to one million. It is a tragedy that affects families, communities and with long-term effects on relatives who live on in grief. It is a global crisis and the second most common cause of death among young people aged 15-29 *. We want this concert to help put the topic on the agenda and pay attention to the stigma surrounding mental illness and suicide. Policies and tools are needed to detect the risks and prevent suicide, especially among young people,” says Klas Bergling, Tim‘s father.

Tickets go on sale September 5, 2019, at 10:00am CET. For the latest information about artists added to the line-up and tickets, go to Aviciitributeconcert.com and Ticketmaster.se. 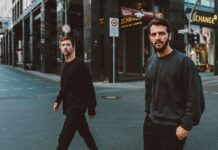