With his track ‘Oldskool’ sitting at No. 1 of Beatport’s Electro House chart for six consecutive weeks, it’s only natural that Julian Jordan continues to reach for the highest chart ranks. This is exactly what Jordan is doing with his new release ‘Bassline’, a powerful track that will undeniably take-over every dancefloor worldwide.

While Julian Jordan is known for his multiple styles, this banger is the ultimate follow-up of his hard-hitting ‘Oldskool‘ track released back in May. A club banger that is once again proof of his endless innovation.

The brutal bass and the stinging synths are an exhibition of the darker, harder end of Julian’s musical spectrum. At the main break there is no getting around the amazing vocal chops, which brings forward the very essence of this clubbanger. 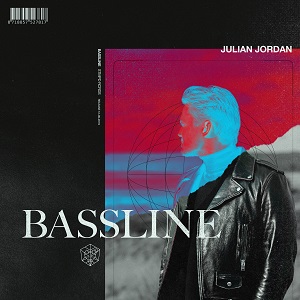 With the intentions to continue growing as an artist and staying true to his own sound, ‘Bassline‘ is definitely a track that achieves these objectives, while boosting his already established global acclaim.

With the summer festival season ending, be sure to catch Julian on his Asia tour over the next few weeks, as he crosses Singapore, Seoul, Tokyo, Osaka and China amongst many more.