After an unforgettable audiovisual exploration of the album at the Peter Harrison Planetarium, London-based Kidnap has finally released his debut album, ‘Grow’.

Comprising brand-new compositions that tread the line between organic and electronic music, the album focusses on the concept of change whilst offering sonic snapshots of the moments that matter.

Here’s what Kidnap had to say about his new album:

“The album was written during a time of change in my life and so unwittingly became a recording of that process. Each track stands as a snapshot of moments passed, from confusion to clarity and storms to fair weather. Played together, they tell a story of growth.”

The album draws from both classical and electronic music, but finds the sweet spot in between. Kidnap’s unique compositional process is what sets him apart from any other artist. New productions are often written almost entirely as a piano composition before they’re rerecorded with different instrumentation, samplers, synths and vocals.

The album comes alive in a very natural way, portrayed perfectly by songs such as ‘Grow’, ‘Start Again’ and ‘Sea Breeze’ as they each tell a part of the story. 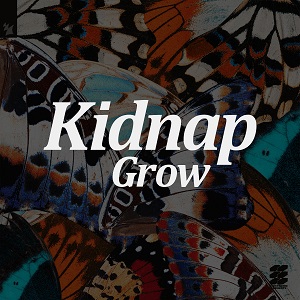 Originally from Sheffield, Kidnap has enjoyed a momentous year in the lead up to the release of his first album, ‘Grow’. Its title song saw the return of Leo Stannard, a tried-and-tested formula that gained the pair huge success with 2015 hit track ‘Moments’.

Picking up from where they left off, ‘Grow’ soon became #1 on SiriusXM Chill and entered the Top 100 U.S. Dance chart. Following on was ‘Start Again’, securing radio play from Pete Tong on BBC Radio 1, and third single ‘Sea Breeze’, a club-ready anthem with support from heavy hitters such as Eelke Kleijn, Mambo Brothers, Don Diablo and Moguai.

Kidnap’s unique sound has certainly travelled a long way since he gained recognition winning the iTunes Best Electronic Track in 2012 with his release ‘Vehl’, not to mention his Electronic Music Award nomination for his and Lane 8’s track ‘Aba’.

He’s also found time this year to maintain a busy touring schedule after he became an ambassador for Corona Sunset Sessions with performances taking him to extraordinary locations, from rocky beaches in Southern Italy to mountain summits in Canada. But now with his feet firmly back on British soil, Kidnap is proud to present his first album to the world.

‘Grow’ is a manifestation of his personal journey from ‘then’ to ‘now’, meandering through change and constantly evolving throughout his seven-year career. This album is the story of how Kidnap has grown into the artist he is today.