Opening with the title track, ‘The Devil Is In The Detail’, Ørjan Nilsen delivers a cinematic performance behind the DJ decks and smoothly transitions into a future house inspired drop.

Peppered with genre-defying tracks throughout such as ‘Alone’, ‘Ghost Ship’ and ‘Reminiscence‘, Ørjan experiments with tempo changes and takes on different styles of dance music while still incorporating his own signature style.

The Devil Is In The Detail sends listeners on a 14-track journey through sweet melodies, hard-hitting basslines, sultry vocals and breakbeats that only the Norwegian DJ himself can produce. He has exceeded expectations and has gifted fans with the most groundbreaking music of his career. 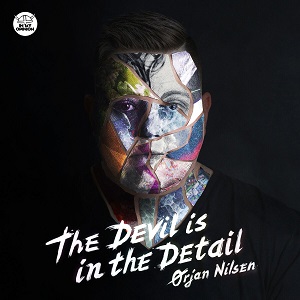 Norwegian DJ and producer Ørjan Nilsen is having one of his biggest years yet. In 2019 alone, he has gained momentum by releasing a string of hits including ‘FOMO‘, ‘The Chosen One’, ‘Kiara’ and more – all leading up to the debut of his fourth studio album The Devil Is In The Detail. With big goals ahead and a larger-than-life personality, we can expect nothing but success from the Norwegian Dance Viking.

With intentions of bringing more eclectic dance artists into the forefront of the music community, Ørjan Nilsen has taken it upon himself to create his very own label In My Opinion. Housed under Armin van Buuren, Maykel Piron and David Lewis’ independent Dutch record label Armada Music, In My Opinion has already garnered a strong roster of artists including Fingerling, Noah Neiman, Maryn, HGHLND, Xavian and others.