Oliver Heldens is back with one final dancefloor bomb for your 2019, indulging his love of house music with a very tasteful update of a classic.

Built around a chord sample of Kerri Chandler‘s legendary house standard ‘Atmospheres‘, this gorgeous new track from Heldens sees the Dutch producer in a more mellow and melodic mood.

The achingly soulful chord pattern kicks the track off, with an intense snare roll build amping up the energy for the big reveal of the rubbery, melancholic bassline paired with snappy, shuffling beats.

Swooping strings lace the breakdown with a cinematic touch, and chunky claps beef up the snare roll even further. The interplay between the bass and the chords is sublime, and it makes for one of Heldens‘ most beautiful tracks to date. 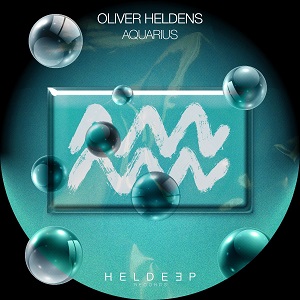 Out now via Heldeep Records, this new single caps off another incredible year for Heldens. With hits including ‘Summer Lover‘ with Nile Rodgers and ‘This Groove‘ with Lenno, HI-LO club bangers like ‘Poseidon‘ and ‘LazersX999‘ with Chocolate Puma, he has dominated playlists and set lists alike.

His latest single ‘Turn Me On‘, has topped charts around the world and is currently sitting at #12 on the UK Official Top 40 Chart, the record has amassed over 35 million streams globally, in less than 3 months since its release. 2019 was a monumental year for Oliver seeing him place #7 in DJ Mag’s Top 100 DJ poll, selling out a Heldeep Records World tour, and the unveiling of a statue of him in his home town of Rotterdam. 2020 holds even bigger and better things!