German DJ, producer and label owner HOSH teams up with Italian newcomer 1979 on his new single ‘Midnight (The Hanging Tree)’ Feat Jalja, which sees its commercial release on Friday 10th January via Ministry of Sound and Three Six Zero Recordings.

A scintillating slice of melodic house, with vocals by London based singer Jalja, ‘Midnight (The Hanging Tree)’ Feat. Jalja sees HOSH and 1979 craft a sparse, emotive soundscape that lingers long in the memory. The stunning official video sees Tim Burton-reminiscent animation that acts as a perfect visual representation of the track’s eerie yet emotive vibe.

“This track happened like a magic call,” HOSH explains.

“When 1979 sent me an instrumental it made a click and in my head I heard the hanging tree vocal on top of it. It turned out it was a perfect match, so I took it from there, made my adjustments and re-recorded the vocal with the talented Jalja.” 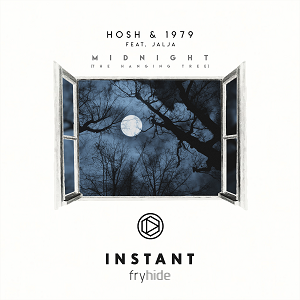