In just over four months PAROOKAVILLE (17th – 19th July, 2020) at Weeze Airport will open its gates for the sixth time, giving its “citizens” five days of a packed major league line-up on 12 stages with over 300 DJs.

And now the next line-up highlights have been confirmed. Robin Schulz returns to headline PAROOKAVILLE’s Mainstage for the fourth year in a row as one of the scene’s most in-demand DJs. For years Robin’s work as a House producer has made him a true hit machine and one of the most successful German artists of this decade.

And crowd favourites Ostblockschlampen and Blasterjaxx are also set to premiere on the mainstage this year. Radio 1LIVE at Bill’s Factory will bring a fresh House sound to fans on the festival Friday. The line-up here is now complete with headliner Martin Solveig, a mainstay at every PAROOKAVILLE up to now, along with James Hype, Moguai and Jonas Blue, who is celebrating 40 million records and over 120 Platinum awards around the world. Hardstyle Saturday is proud to announce one of the genre’s most high-profile acts with Brennan Heart. 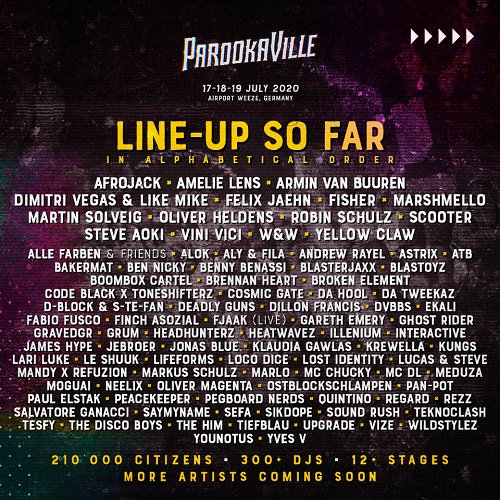 And Sunday at PAROOKAVILLE continues our tradition of presenting the craziest musical actions! This is the perfect setting for DJ, Snapchat star and implacable talking head Dillon Francis, who returns to the City of Dreams for the second time after appearing here in 2016.

Still on the verge of superstardom in Germany, Illenium’s massive success in America is omnipresent. His unique mixture of sentimental songwriting and festival-pumping beats from the most successful Dubstep and Trap producers is celebrated the world over.

Dance producer Alok is also already a major player in his home country of Brazil, and has been voted the No. 11 spot on DJ Mag’s global Top 100. This highflyer’s latest offering is a remix of the mega-hit Piece Of Your Heart by Meduza, who are also heading to PAROOKAVILLE this summer.

Legends and Da Hool are also set to receive high-profile support from Benny Benassi and The Disco Boys. The Techno fraction can look forward to Klaudia Gawlas and Fjaak (live), and Musical Madness will host Hardstyle and more with a collab by Code Black X Toneshifterz.

Watch the official 2019 aftermovie below! 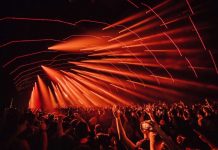