DJ and producer LOVRA has the perfect gift for you! She released her brand new single titled “Not 2Day” just for your listening pleasure during these difficult times due to COVID-19 ourbreak.

LOVRA is a talented woman from Berlin in worldwide demand as a DJ as well as a successful producer. By combining the attraction for music from the 80s and 90s and her natural sense for modern melodies with danceable UK House beats and striking vocals she is creating her own distinctive sound.

She is known for her remix of Robin Schulz & Piso 21‘s “Oh Child” and being resident at David Guetta’s BIG party in Ibiza, Ushuaia Beach Club. Being a member of the Ministry Of Sound roster for three years, she already dropped beats in cities including Singapore, Bangkok, Dubai or London and played as support for legendary acts like Armand van Helden, Basement Jaxx, Todd Terry, Felix da Housecat and many more. In 2019, she even accompanied Kingande and David Guetta on their European tours.

With “Not 2Day” LOVRA now presents her brand new single. Listen to the track below and prepare yourselves for a blasting new records from LOVRA, cause it doesn’t look that she’s slowing back anytime soon! 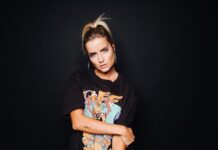 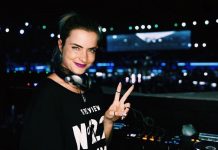