The final chapter (for now) in the Common Ground story, the ‘Bittersweet & Blue’ remix package picks up the baton from Jono, Paavo and Tony’s recent emphatic club anthem, with two label debutants who have appeared under different guises.

With over a decade of experience, and still only 25, Amsterdam’s Jordin Post (previously known as Juventa) returns not only to Anjunabeats but to the genre as a whole. The last four years have seen Jordin diversify as an artist, releasing melodic bass music on MonsterCat as part of the highly successful duo of KUURO (alongside fellow Anjuna alumni Luke Shipstad, a.k.a Suspect 44).

The move to using his given name is a symbolic one; channeling everything he learned on his dance music journey and bringing it back to the progressive music he loves. Jordin’s ‘Bittersweet & Blue’ remix is one of several releases to come with the Anjunafamily during 2020. 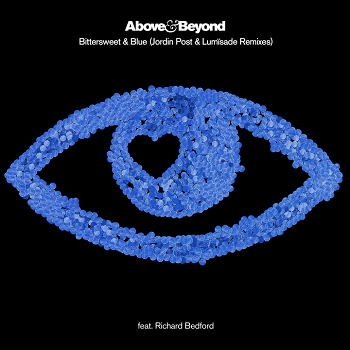 The initial tried and tested ‘Bittersweet & Blue’ club rework hails from duo Lumïsade. Played throughout the original ‘Common Ground’ album tour, the Finnish pair provide a progressive twist which has made them such favorites on Above & Beyond’s radio show over recent years. Another blast from the past, Lumïsade are K-System and Joonas Hahmo, responsible for Anjunadeep favorites‘ Together’ and ‘Cocktail Bar’.