Avicii Experience is a tribute museum opening to fans and the public in Stockholm, Sweden, next year. Avicii Experience will be an intensively emotional tribute to one of the true icons of modern popular culture.

Avicii Experience will be an immersive interactive exhibition that will bring its visitors closer to the artist Avicii and the person Tim Bergling. The audience will follow Tim’s journey from a reclusive music nerd to a celebrated superstar, from his boyhood room where it all started to the Los Angeles studio where the biggest hits were created. The museum will include memorabilia, unseen photos and video, plus published and unpublished music.

“Avicii left behind a legacy of transforming modern dance music and pioneering a revolution of the EDM scene that spread across multiple genres, leading him to become one of the most influential producers, performers and songwriters of our time,” says Per Sundin, CEO of Pophouse Entertainment Group and co-founder of Avicii Experience. 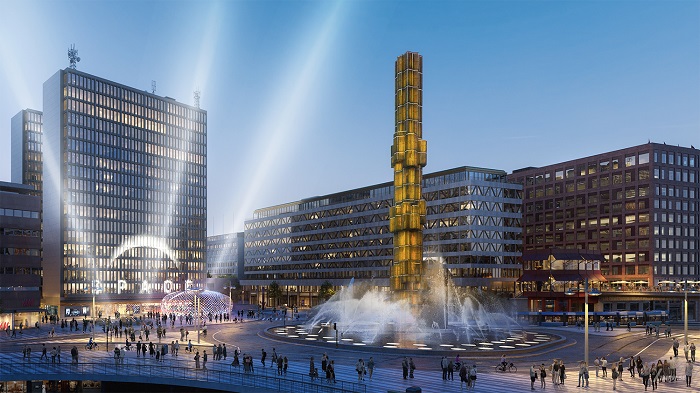 The legendary disco hit-maker Nile Rodgers, who changed the course of modern dance music with his band Chic, and collaborated closely with Avicii said this:

“Avicii has quite rightly been celebrated as one of the greatest DJ’s of all time and as an important artist who made massively successful records but what I will remember the most is that Tim was one of the finest songwriters I ever worked with. We could work together for 24 hours a day and his melodic ideas would never stop coming. He was a melodic beast who has not as yet had the recognition he deserves for his extraordinary talent. Tim, I love and miss you my friend!”

At Avicii Experience visitors will be able to peer inside the creative process and the many collaborations behind the music. Previously unreleased material that was the foundation for the posthumous album “Tim” will be made available for the first time as will unpublished early versions of the breakthrough hit song ‘Levels’.

The artist Aloe Blacc co-wrote the mega hit ‘Wake Me Up’ in collaboration with Avicii and Mike Einziger said, “Tim was a musical genius. He was boundless and incredibly driven in his creativity. He had the ability to unite people with his music. I’m certain that with his fans’ memories his legacy will last forever.”

Avicii Experience is a part of SPACE, a new and unique concept combining gaming, music, and content creation, the key ingredients of digital culture, all under one roof. SPACE is set to open in Stockholm, Sweden in 2021 at Sergels torg in the city center.