Monegros Festival, which had been due to return at the end of this month after a 5 year hiatus, will still reach their fans this year bringing the majestics of the desert directly to them.

Connecting from a virtual dimension, Monegros 2020 will come to life on the 1st August and deliver a full 6 hour live stream from 6 DJs beamed live from the desert.

Paco Osuna, Ilario Alicante, Sama, Andres Campo, Anna and Regal will head deep into Spain’s arid Fraga region to make the first moves for the return of Monegros. Also happening alongside the stream, 50 artists confirmed for next year’s event will be announced ever 8.6 minutes.

This year’s event had initially been set to be a tribute to the legendary 1994 first free rave put on by the Arnau family after they had reclaimed the land in a game of poker. The stream will re-set the scene for the return of Monegros, which has now been postponed until 31st July 2021.

Like so many events and gatherings around the world, Monegros 2020 was postponed earlier this year due to the COVID-19 global pandemic. It was a necessary but painful decision, but a crucial one to keep all the Monegros family safe during this crisis.

Over the last six years there has been so much hard work, effort and detail gone into making this year’s event something truly special. However the stream will give a true taster of what’s to come as we look forward to a brighter 2021.

Monegros Festival and August’s live stream is powered by 8.6 Beer, which aptly share the values and ethos of Monegros. Monegros and 8.6 Beer is for those who follow their instinct and are open to the unexpected and for people who stay true to themselve and true to their passions. 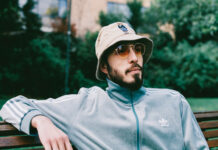