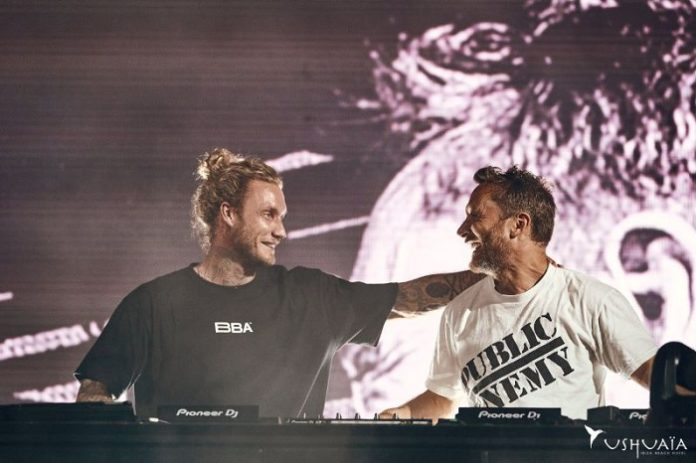 Since their first collaboration, David Guetta and MORTEN’s partnership has yielded a string of co-productions that have gained huge momentum within the electronic dance music scene and beyond. With more than 110 million combined streams so far, the pair now unveil their new four-track EP ‘New Rave’.

David Guetta and MORTEN‘s innovative records reflect their vision for the future of electronic dance music and have been inspired by a desire to unite mainstage and underground sounds. Their project titled ‘Future Rave‘ has swooped through the industry, receiving praise from DJs and fans alike. Track after track, the buzz around their releases just grows bigger and more exciting each time, and this energy has led to the new EP out today.

‘A year ago I started to make music with my friend Morten‘, says David Guetta. ‘I felt like there was a choice between underground which was cool but maybe more adapted to clubs rather than festivals, or edm that was still killing the dancefloor but was sounding the same for the last 4 years and was not satisfying anymore.

‘Together we have started a sound that has later become a “Movement”‘, says MORTEN. ‘We call it Future Rave! With each release the sound has evolved even further and now a year after we started, this EP feels like a natural next step. After months in the studio, I’m so excited to finally share it. David’s experience with songwriting and his way of writing melodies is very unique and something I learn from every day.’