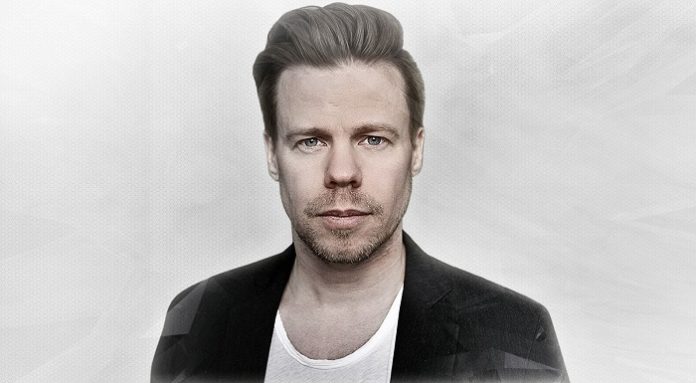 Ferry Corsten started his UNITY project in 2018, with a view of hardening the sense of community praised in the trance world. At the peak of the pandemic, when millions of people were in lockdown, Ferry had an urge to foster a sense of togetherness with his fanbase and find a new way to connect with them through his music.

So, a decision was made to open up his UNITY platform and give fans a chance to collaborate with him on a new single, with all proceeds going to World Health Organisation (WHO).

After Ferry provided the initial melody in May, fans were asked to submit their own ideas and use their musical creativity to contribute towards the release. The resulting influx of submissions saw Ferry selecting over 20 talented and emerging artists from around the globe to work alongside him on his final release of 2020, ‘Free‘.

To date the UNITY project has paired Ferry with a host of high-profile artists that include Paul Oakenfold, Ilan Bluestone, Gabriel & Dresden and Trance Wax, but 2020 brought an opportunity to explore something different, something not just for the fans but with the fans.

Following extensive listening sessions of the huge number of submissions he received for the project, Ferry finally whittled it down to 22 collaborators. An assortment of hugely gifted producers, singers, songwriters and engineers from countries that include France, UAE, Italy, Sweden, China, USA, Mexico, Singapore and Australia were selected by Ferry to join him on his first ever fan-collaboration musical release. 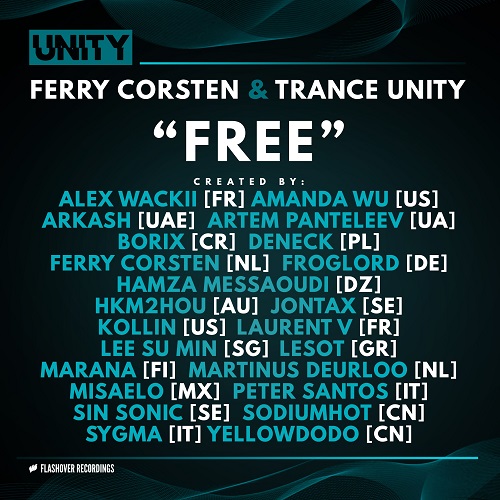 ‘Free‘ begins in fitting fashion, with different voices repeating the word unity in different languages. The skills of each participant are on show in abundance through the creativity and individuality that can be heard throughout each element, as Ferry utilises his years of studio experience to craft a finished track from its constituent parts that is simultaneously cohesive, poignant and reflective of the UNITY message.

On working on the project and his thoughts on the final result, Ferry notes:

“This project is the very core of what I set about to create with UNITY. To bring musical creators together to create something special and use that unison for something good. Whilst I did start UNITY with my fellow DJs in mind, I always wanted to explore the possibility of doing more fan involved projects as the foundations of the platform grew.

Never in my wildest dreams could I have envisaged a year like what 2020 has been, but I’m happy that something so powerful, explorative and mainly fun came out of this crazy year. Working with all of the participants involved in this release has been such a joyful event for me. I’d like to thank them, and all those that submitted parts for consideration, for this release. I love you guys!”

The accompanying music video incorporates footage of the participants performing a segment of their part on the song and showing the power of fulfilment and unity that music has the ability to offer.

As the year draws to a close and we all look to a more positive New Year ahead, ‘Free‘ reflects the collective hope held by all and is a shining example of the unwavering power of music to connect people from around the world and give them an outlet for expression.