Above & Beyond and Artem Stolyarov are together again on the ALPHA 9 remix of ‘Good For Me’ (feat. Zoë Johnston).

‘Good For Me’ was first released on Above & Beyond’s debut album ‘Tri-State’, which celebrates its fifteenth anniversary in March 2021. Featuring the ethereal voice of long-time collaborator Zoë Johnston, it is one of Above & Beyond’s best-loved anthems.

Whether he’s ARTY or ALPHA 9, Artem is one of Anjuna’s brightest stars. His ALPHA 9 project went from strength to strength in 2020: highlights include the ‘Stellar EP’, ‘Everywhere I Go’ and ‘All That I Can’.

ALPHA 9 contributed three tracks to Anjunabeats Volume 15, Above & Beyond’s marquee release of the year. Artem’s recent 20 Years Of Anjunabeats mix featured some of his best work as ARTY and ALPHA 9 from the last decade, plus selections from Andrew Bayer, Mat Zo, Grum, and Jaytech. 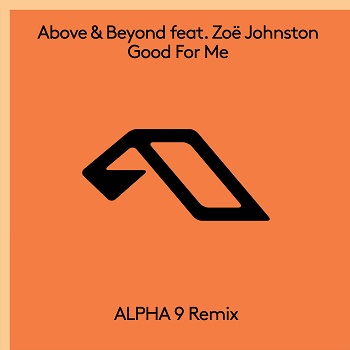 Artem previously remixed Above & Beyond and Zoë Johnston’s ‘My Own Hymn’, from the trio’s 2018 studio album ‘Common Ground’. ALPHA 9’s take on ‘Good For Me’ is a faithful update of an evergreen classic.

The ALPHA 9 remix of Above & Beyond and Zoë Johnston’s ‘Good For Me’ is out now on Anjunabeats. 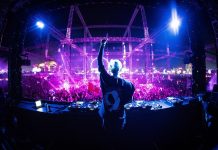