Superstar DJ and producer, Eric Prydz has announced his first US stand alone dates of 2021, a takeover of New York for two consecutive weekends and four shows in late November and early December. The shows, presented by Teksupport, will see Prydz return to a unique Brooklyn warehouse space on the waterfront with an incredible view of Manhattan.

New York has always been a special city for Eric Prydz, hosting many of his most memorable gigs there, including headlining Madison Square Garden with his EPIC show. But more recently his partnership with Teksupport has seen him playing in rawer more industrial spaces. These four shows will be no different, but each weekend will feature a brand new production set-up.

Weekend One will see Prydz play two extended solo sets, showcasing the full range of his progressive house sound, and delving deep into the Pryda catalogue. Weekend Two will see Prydz perform under his techno alias Cirez D, alongside Drumcode founder, Adam Beyer. The pair have performed a series of series of one-offs over the course of the last several years, notably debuting the ‘Adam Beyer 🔲 Cirez D‘ concept in 2018. Since then, ‘Adam Beyer 🔲 Cirez D‘ has been one of techno’s most singular and sought after live experiences. 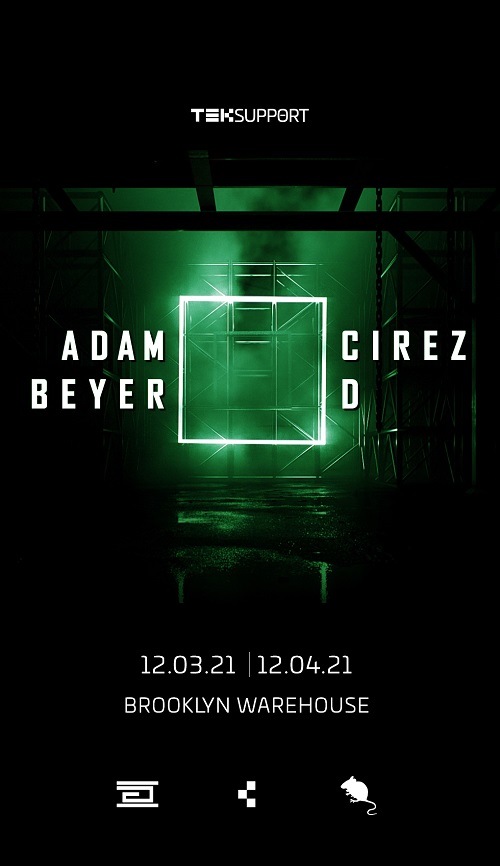 Over the course of the pandemic, Prydz has been busy, returning for another season of his EPIC Radio on Apple Music 1 Radio, and releasing The Accuser as Cirez D and the long-anticipated NOPUS as Eric Prydz last year. He most recently headlined the ‘III Points x Secret Project‘ collaborative project in Miami.

Tickets will be available this Friday, May 21st at 12pm EST.