A meticulously refined techno cut, ‘Take A Ride‘ combines euphoric breakdowns and a pulsating bassline with the hypnotic vocoder vocals of Ginger, Boris‘ real-life partner. The track is set to feature on Boris’ forthcoming album ‘Never Stop Dancing‘ which is poised for release this winter – it will be his tenth studio album and a testament to his unrivalled hard work and dedication to music production.

‘Take A Ride‘ follows recent three-track EP ‘EXIT‘, a revered release of which We Rave You said: “mysterious musical harlequin ravishes fans once again with another amazing EP”.

‘Take A Ride‘ has been brought to life through the official music video and features both Boris and Ginger as the protagonists as they embark on a journey in their souped up Mustang. 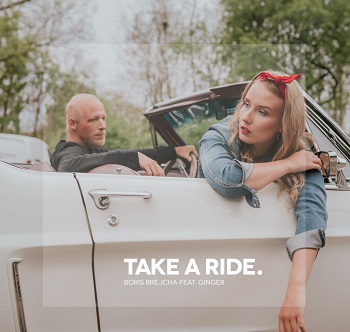 Emerging onto the scene with the double EP release of Monster and Yellow Kitchen back in 2006, Brejcha has spent the years since developing his own style of music, coined as ‘High-Tech Minimal’. Last year, he dropped acclaimed album Space Driver, which also featured Ginger.

Proving to be one of dance music’s most exciting partnerships, Boris Brejcha and Ginger again link up on a stellar dance track.