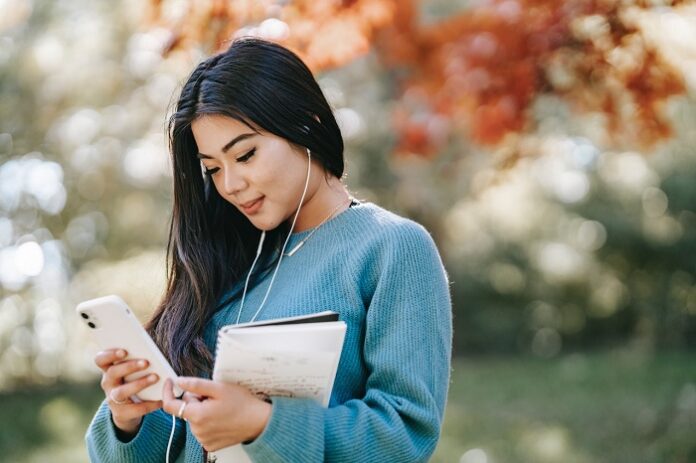 Music and math are deeply intertwined, even though it may seem that they are separate subjects. When you study music, you may notice that math is present there. Math gives you information about the rhythm, the measure, the beats, and how to sing or play that song. Fractions and ratios are very important to music, but also math.

Knowing these basic terms and how to measure and understand them helps you understand other mathematical or music concepts easier. It has already been proven that music boosts your study skills, but not just any music genre can do this. To be productive and efficient, you need instrumental music that has no lyrics because they act as a distractor.

There is a strong connection between music and math. But what is the correlation between them? It may be that these skills are developing independently of each other or one is influencing the progress and development of the other?

Music, Math, and the Brain

Everything is happening in the brain, but different parts of it. We already know that the right hemisphere is the creative one, while the left hemisphere of the brain is the logical and structured one. So, it seems that the centers that light up when you study math are in the left part of the brain, while the ones that light up when you study or listen to music are in the right part of the brain. Students have many assignments and homework to take care of and it seems that in some cases, the emphasis is put more on math than on music. Even though they are connected.

Recent research has shown that each brain hemisphere is processing the frequencies and sounds differently. Which means that you can reach both of them with different sounds. This, in turn, means that you can activate the centers in both hemispheres with certain sounds and frequencies, possibly creating more balance between the two sides of your brain.

This is a nice discovery and even though further research is needed, it poses an important assumption. That by identifying the sounds that light up the left hemisphere, you can activate it and help it work more balanced. Which, in turn, leads to improved cognitive abilities and math skills. There is recent research that proves that if you play music to students when they are learning math or giving a math exam, their productivity is improved by up to 40%. So, solving linear algebra problems and solutions might be easier than before just by listening to music.

The Mozart Effect might be among the first ‘fake’ effects that were created and then given to the public. Parents were told that if they play Mozart’s songs to babies when they are little, they will improve their cognitive skills considerably and be more intelligent. Of course, this is not an accurate assumption, but a kernel of truth still exists.

You do not have to listen to Mozart specifically but to music. There are many subgenres of classical music: upbeat tones are for the right hemisphere, while minor ones are for the left one. Many composers and producers are not working on making music that lights up both hemispheres of the brain, so the future lies ahead.

Music can indeed boost the productivity and efficiency of students, but also trigger some of the centers in their brains and make them more active. This allows for new and easier connections to be made and learning and studying can be smoother than before. Music has positive effects on the study experience of students, but what about math? How does math help, if it does, students to study music?

Well, it seems that students would not be able to play music if they do not know math. Music relies heavily on math, in the sense that both of them have patterns. Music has rhythms, beats, and measures, and all translate to fractions and ratios. Those who learn how to play an instrument already know that they need to have a good understanding of math concepts to play the song. So, it may seem that music and math boost each other, especially because they are connected by an invisible bond.

The interesting thing about music and math is that some composers made wise use of mathematical concepts in music. This is the case of Pachelbel’s Canon in D, a very popular song that is used in weddings and big events every year. The song gives you a nice feeling and vibe, making you relaxed and filling you with positive emotions. Researchers say that the popularity of some songs might be due to their mathematical way of composing them. It seems that humans have an innate inclination to liking structure and repetition over chaos. And this might be the reason why some songs are more popular than others.

The correlation between music and math is a strong one. They seem very different, but they are so deeply intertwined. It still isn’t clear if they develop independently or are boosted by the others. For the moment, it seems that you need math to understand music, measures, and beats and to learn how to play an instrument.

On the other hand, listening to music makes your brain more active and it can boost your productivity and efficiency. And songs that were created using math seem to be the most popular and successful because they trigger our innate feelings.

Bio lines: Judy Nelson is a content writer. She has a blog where she shares educational and informative content on various topics. Judy is passionate about music and loves listening study music when she writes.