Iconic Ibiza nightspot Café Mambo has launched its long-awaited summer 2021 season. The fabled pre-party hotspot welcomes new residents for the forthcoming season and has so far hosted performances from the likes of MK, Sam Divine, Afrojack and the Dunmore Brothers, with a further array of world-class DJ talent confirmed for the coming weeks.

In order to comply with Covid-19 regulations and keep guests safe, Café Mambo will continue with the table service-only policy introduced last season, with advanced table bookings essential for attendance.

International stars will be gracing the booth throughout the season, however this year the lineup will be kept as a surprise, with the DJs to be revealed exclusively to guests upon arrival to the venue. The new table service-only policy provides guests with the opportunity to see some of the biggest acts on the island in an intimate setting, be it over sunset cocktails or delicious food. 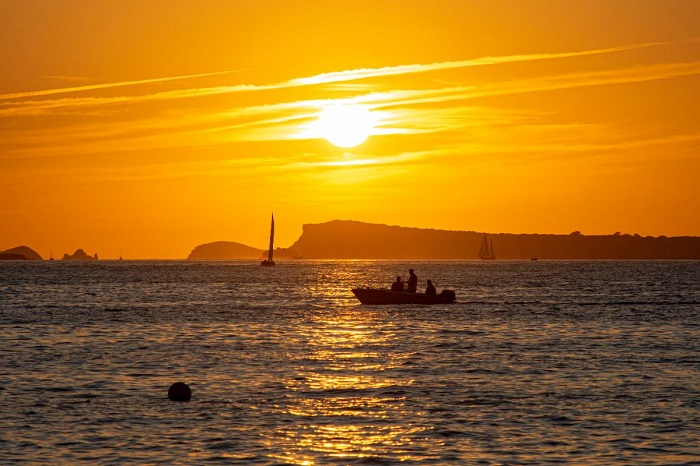 The Café Mambo brand is also set to tour the UK, hosting an array of parties and festival dates in the coming months, including ‘Classics in the Park’ in Henley-on-Thames (13th Aug), ‘Classics at the Castle’ in York (20th Aug) and ‘Classics on the Seafront’ in Weston-super-Mare (18th Sept).

Set in the heart of San Antonio, Café Mambo is recognised for its unrivalled sunset views. It was created during the 90s house music heyday and received instant recognition, being named ‘Bar of the Year’ by GQ. DJs began to frequent the bar requesting to play on the decks and before long regular sets included the biggest names in dance music playing at the now celebrated sunset ‘pre-party’.

Overcoming unprecedented adversity in the face of a global pandemic, last year the White Isle’s ultimate idyllic haven welcomed the likes of Darius Syrossian, MK and Jonas Blue across the summer months. Expect a similarly star-studded list of guests for their 2021 season.

With exclusive, intimate performances from some of the best DJs worldwide and unrivalled sunsets, Café Mambo has commenced yet another life-affirming summer season. Booking is essential, make sure to reserve a table at the White Isle’s most prominent establishment.