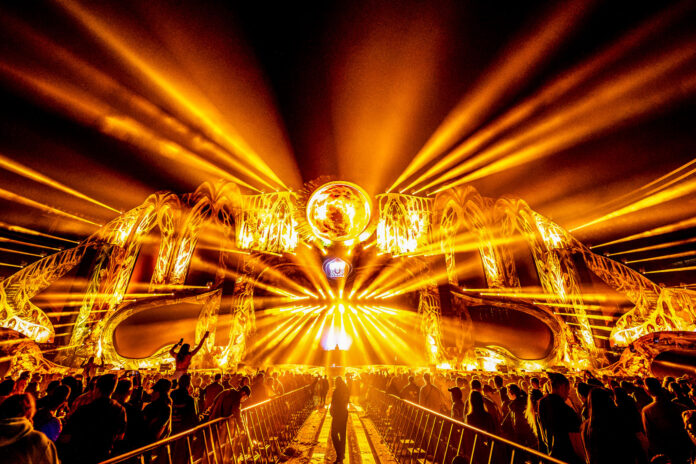 UNTOLD 2021 – the biggest festival in EU this year and the safest public space for over 265.000 participants on all 4 days of the festival successfully took place last week. Superstar acts such as David Guetta, Martin Garrix, Alok, Lost Frequencies, Steve Aoki, DJ Snake, Afrojack, and many more brought their magic on the mainstage and did special shows for the lucky attendees.

Another chapter of the fascinating story of UNTOLD – The World Capital of Night and Magic has taken place in the heart of Transylvania, Romania, between September 9-12. The 2021 edition proved once again that UNTOLD is the place where history is written, memorable experiences are lived, friends come together and reunite, new friendships are born between people from all over the world, happiness and magic are all around.

UNTOLD is one of the few festivals in the world that took place this year and the biggest in EU this year. For four days, over 265.000 participants from over 100 countries, including Germany, France, UK, Poland, Italy, Hungary, USA, Israel, Netherlands, Brazil, or Japan, enjoyed the best line-up in EU and everyone was an enthusiast to be at a live event
after a break of two years.

15% of the participants were from other countries and the rest from Romania. The emotional load was strong on each day of the festival for everyone: fans, artists,
organizers, partners, and collaborators.

UNTOLD – the safest public space in EU. 75% of the participants were vaccinated

The safety measures implemented by the UNTOLD team in 2021 are the most comprehensive ones applied at any event organized in EU this year. The access in the festival area was granted based exclusively on the DIGITAL EU COVID-19 Certificate or antigen rapid testing in the UNTOLD approved centers. All certificates were scanned with the official VACCIN.LIVE application, to be verified their veracity. Therefore, 75% of the participants that entered the festival area were vaccinated people, according to the official data offered by the VACCIN.LIVE application.

The percentage is almost three times higher than Romania’s national immunization coverage, and slightly above the average vaccination in the European Union. These statistics confirm that the UNTOLD festival was the safest public place on the continent, and it encourages vaccination.

Martin Garrix prepared a special show and a surprise for the crowd. He invited with him on the mainstage the artist Tinie Tempah, a close artist of the festival and a good friend of the Dutch DJ and producer. Martin Garrix said that it was a long-awaited reunion with the UNTOLD fans and that every time he comes to Cluj-Napoca, Romania he feels the special energy of the crowd, that he doesn’t feel anywhere else in this world.

The American rapper Tyga came for the first time at UNTOLD and he enchanted the crowd with his amazing live act. Tyga invited on the stage DJ Snake and they did crazy together for a few minutes. Steve Aoki also brought his crazy on the mainstage. He had a special moment with the Romanian singer Delia, who interpreted the soundtrack of the series Casa Del Papel.

The UNTOLD experience meant the reunion of a lovely family. Lost Frequencies arrived in Cluj- Napoca accompanied by his parents and many relatives. The Belgian DJ said he wanted to bring his mother to the festival he loves. Another premiere for Lost Frequencies happened when he did the sound tests and met face to face, for the first time, the artist Calum Scott, with whom he produced the song “Where Are You Now“.

Another memorable moment on the mainstage, with a strong emotional charge, was the recital offered by the greatest pan flute of the world, the master Gheorghe Zamfir. The master had a short meeting, after his show, with Martin Garrix, who showed his admiration and appreciation for his work and talent. Gheorghe Zamfir’s association with the UNTOLD festival has a noble purpose. One of the biggest wishes of the musician is to create the first International Academy of Pan Flute Gheorghe Zamfir, the UNTOLD festival being involved in promoting this project.

On the first day of the festival, the fans were amazed at midnight, 00:00, by the official opening ceremony which included the story of the UNTOLD 2021 Universe: Luna – The Rising and fireworks. The fourth day of the festival ended with an emotional ceremony and an impressive fireworks display.

Over 60 vendors with food were present at the festival with a varied menu, from lots of types of pizza, pasta, burgers, sandwiches, and salads to Asian or Mexican food, vegan food, and sweets such as waffles, pancakes, and ice cream. The fashion corner hosted over 20 Romanian designers, and the Fantasy House amazed the fans with make-up designers and hairstylists who created special looks for the festival for those who desired.

The financial impact of UNTOLD on the community of Cluj-Napoca, Romania

UNTOLD has a financial impact on the community of Cluj-Napoca, Romania, of over 35 million euros. The organizers will invest 250.000 euro to change the lawn on the Cluj-Arena stadium and arrange the Central Park, putting new lawns, flowers, reconditioning the alleys, bridges, gutters, and benches.

In 2022 the UNTOLD magic realm will reopen its doors to all those who want to discover its secrets. Fans can register now for the 2022 UNTOLD edition on untold.com