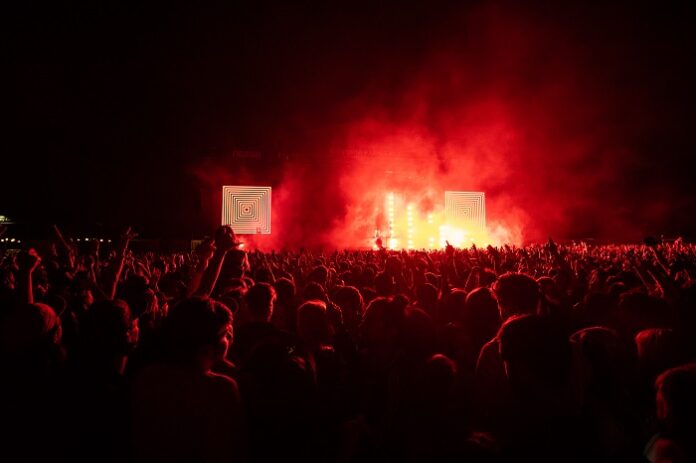 Field Day just got bigger. London’s Field Day festival continues to pull out all the stops for its 15th anniversary with a spectacular 2nd wave announcement of brand new acts.

Having made a huge impact on the scene in recent years with the likes of her critically acclaimed DJ Kicks addition not to mention Gudu Records label, the Berlin-based dance music icon is set to thrill the Victoria Park masses with her inimitable selector skills and unrivalled prowess behind the decks.

Joining her will be French virtuoso Folamour with his most daring project yet – ‘Power To The PPL (AV)‘ a fully immersive and interactive audio experience. Set to be a vibrant explosion on the senses, Folamour will once again prove his chops as one of the most in-demand electronic artists in the world right now.

Joining them will be one of electronic music’s most forward-thinking producers and Warp Records stalwart – Squarepusher. With his 2021 release Feed Me Weird Things being met with impressive reviews, Tom Jenkinson will be set to show the Field Day crowds exactly why he is still ahead of the game on the 25th anniversary of his debut re-release on Warp.

Field Day always revels in bringing together the best in old and new talent for incredible b2b sets, with this year’s 15th anniversary set to be the best yet. Crowd favourite and all round good guy Artwork will be going head to head with Australian party-starter CC:DISCO! for a disco set like no other, the legendary Carl Craig squares off for a highly anticipated b2b with the ever-popular Moodymann, whilst festival favourites Denis Sulta and Mella Dee are set to show Victoria Park why they’re some of the most in-demand festival DJs in the country right now with another phenomenal b2b.

As if that wasn’t enough, also joining the exceptional line-up are German legends FJAAK and UK up-and-comer Helena Star – all in all making Field Day one of the absolute stand out events of 2022. With legendary artists topping the bill and a supporting line up of some of the most acclaimed musicians working today, the award winning festival celebrates its full return with its best line up yet.

Field Day 2022 will take place at Victoria Park. Having resided in Victoria Park for 10 years, before moving to Brockwell Park in 2018, and a pioneering show at The Drumsheds in 2019, 2021 saw the festival’s highly anticipated return to Victoria Park in East London.

For more information, visit the link.