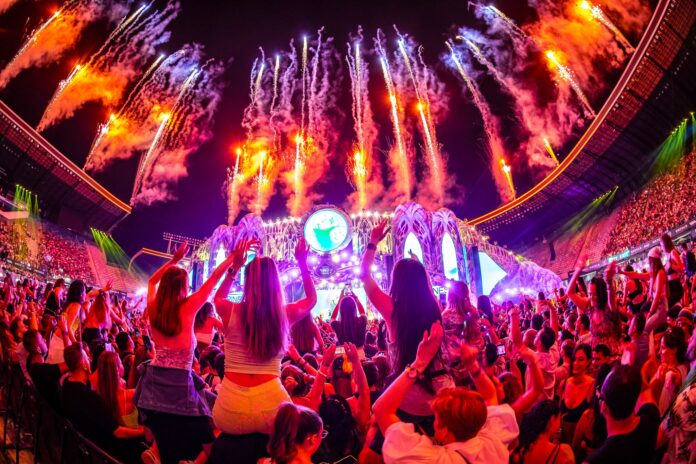 If there’s a festival in the world that you could say never disappoints and every single edition of it is better than the previous one, that would definitely be the majestic UNTOLD festival in Cluj-Napoca, Romania, Transylvania.

History was made over the last few days August 4-7 at the massive Cluj Arena and its surroundings. The UNTOLD festival was finally back and it was better than ever. More than 360,000 festival-goers from all over the world came to the seventh edition of the breathtaking festival, matching the numbers of the biggest electronic dance music events around the globe.

The hard-working team behind UNTOLD and one of the biggest beach festivals in Europe, Neversea as well, never fails to live up to their incredible production expectations and this year’s edition was no different. Not only they killed it with the overall appearance with this year’s theme “The Temple of Luna“, but the lineup was also stacked with superstar DJs producers, and live acts, and the massive party was spread out over 8 magical stages with a nice variety of music pumping out each day and night. That’s why it should not come as a surprise that Viberate has listed the UNTOLD festival as one of the best 6 European festivals that are quite affordable considering the number of musicians in the lineup.

World-renowned artists such as Above & Beyond, Alok, Anne-Marie, ATB, Bassjackers, David Guetta, Dimitri Vegas & Like Mike, Don Diablo, G Eazy, Hardwell, JBalvin, Kungs, Kygo, Lost Frequencies, Major Lazer Soundsystem, Morten, Oliver Heldens, Paul Kalkbrenner, Steve Aoki, Tujamo, Vini Vici and many more were in charge for making the party at the mind-blowing mainstage, which had over 700 square meters of LED screen, it was 24 meters high, 95 meters wide, 30 meters deep and had an enormous Moon as a decoration above the DJ booth, representing the “Temple of Luna”.

The organizers made certain that there was something for everybody, and that the many angles of the versatile dance music culture were made available to the fans. At UNTOLD‘s underground temple Galaxy, everybody was picking their jaws up off of the floor following unforgettable sets from multi-talented techno, minimal, tech house and deep house DJs and producers such as Tale of Us, Stephan Bodzin, Kevin De Vries, Coeus, Mathame, Jamie Jones, Loco Dice, Boris Brejcha, Amelie Lens, Anfisa Letyago, Maceo Plex, Richie Hawtin, Reinier Zonneveld, Paco Osuna, and many others.

At the beautifully arranged Daydreaming stage which is hidden in the woods around the Cluj Arena, fans of house, deep house, and afro house were able to enjoy the sounds of well-established artists such as Hernan Cattaneo, Nick Warren, Damian Lazarus, Matthew Dekay, Yokoo, Jan Blomqvist, Sebastien Leger, Djeff, Pablo Fierro, and many other Romanian and international performers. 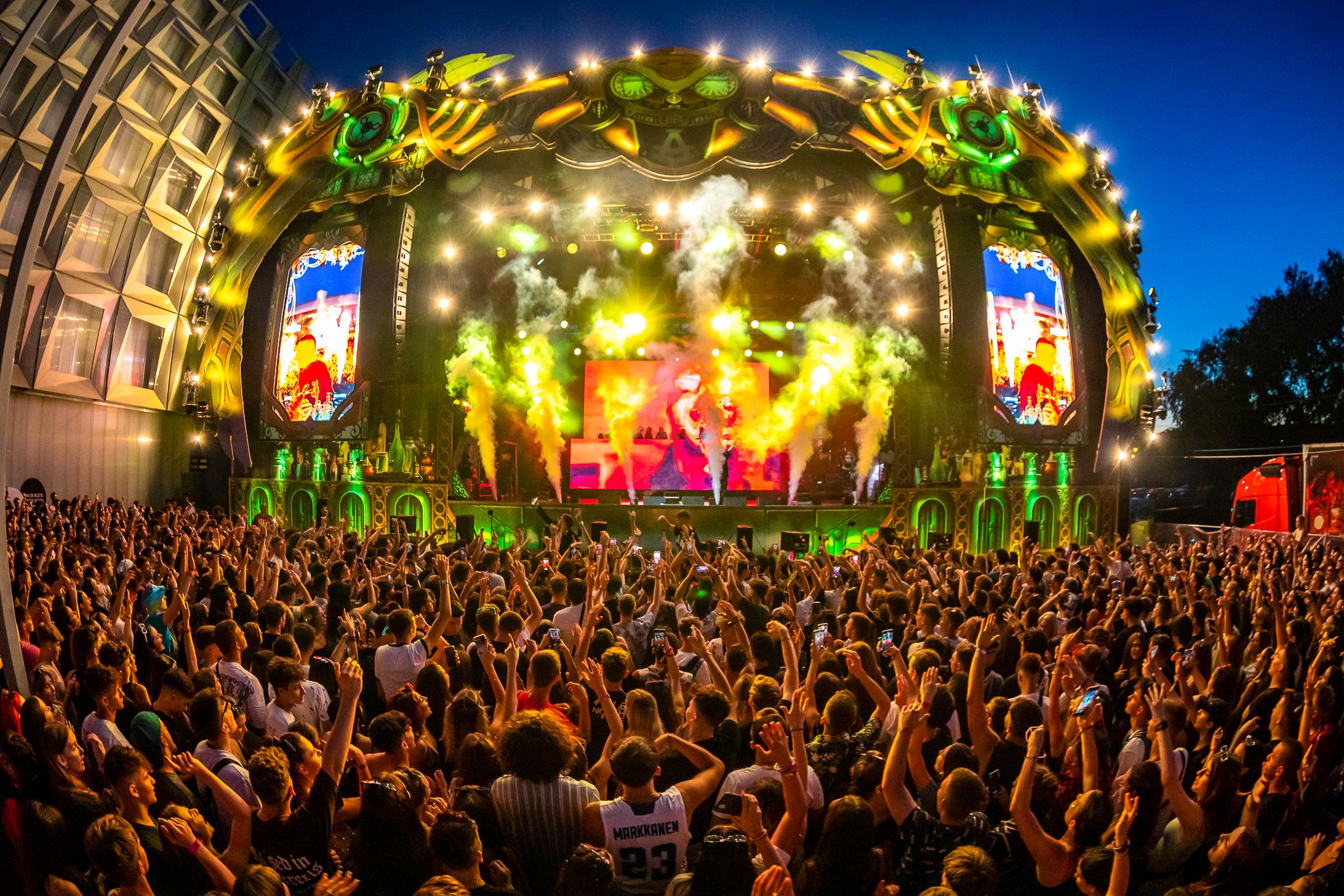 Fans of rap, hip-hop, trap, and drum & bass had the chance to dance like there’s no tomorrow to the tracks of top-quality artists including Borgore, DJ Snow & MC Agent, Dope D.O.D., Dub FX & Woodnote, L’Entourloop with N’Zeng, Malaa, Netsky, Noisia, Sub Focus, Wilkinson, ID & AD-Apt who performed their best during the 4 days and nights in the World Capital of Night and Magic.

The Time stage which is a metaphor for a time machine, executed in a steampunk style was a temporary base for top-notch artists including Anna Tur, Fehrplay, Jack Orange, Will Johnston, Kasia, Korolova, Kristian Nairn, Noel Holler, Toby Romeo, and Simina Grigoriu among others. All of them performed unforgettable sets for the attendees who were lucky enough to be there and enjoy the magic.

Here’s what some of the artists who performed at this year’s edition had to say about the festival:

Above & Beyond: “If you too saw what we see from here on the stage, you would know that there is only one word to describe the moment: EPIC”

J Balvin: “Romania is the first country outside of the South American continent that invited me to sing. I am grateful for your support. To be an artist, it’s not a sprint; it is a marathon, and you made everything look so much easier. If you offer love, you will receive love back. UNTOLD, thank you for your invitation to be part of this journey. I love you!”

Hardwell: “My tour manager asked me about the festivals I believe in, and I want to include them in my comeback tour. I answered immediately. UNTOLD, we are together because we share the same love for electronic music. Thank you, and I love you!”

Tujamo: “UNTOLD has a special place in my heart. I know it could be interpreted as a cliché, but in 2019 I brought my mother here. It was the first time he had accompanied me on tour. It was the most emotional moment of my life. Thank you for remaining the most captivating audience in the world”

Steve Aoki: “I’m extremely attached to this festival; it helped me a lot in my career, it helped me grow as an artist, and for that, I thank you!”

Morten: “I wanted so much to be here! I saw some drone shots made by my good friend David Guetta and I was amazed. Now I am here, part of this incredible story! UNTOLD is in the 5th place in the world? Are you sure? It is in the top 3 best festivals in the world,”

Inside the festival there were many beautifully decorated chill zones available where you could relax and recharge for the next set, photo booths where festival-goers were able to take some interesting Luna-themed photos for their social network profiles, 2 merchandise vendors with UNTOLD festival t-shirts, hoodies, backpacks, snapbacks, caps, sunglasses, jewelry and a special fashion corner called Designers’ Nest, where local designers were allowed to present and sell their very unique products.

Romania is one of those countries that offers some of the best food around the world, so it’s no wonder that there were a lot of different food zones with more than 70 vendors with food and drinks where attendees had the opportunity to find everything from meat sandwiches to vegan food. And believe it or not they even had a McDonald’s inside the festival.

Even the most experienced and well-versed ravers in attendance will be quick to call it one of the best festivals in the world over the last few years. Those that did not get to experience it firsthand should check out some videos and photos online and prepare for the next edition. Unfortunately, it can not give an actual feel of the experience, but, it does give viewers a slight idea of the magnitude of it.

Don’t miss the chance to pre-register for UNTOLD 2023 tickets!