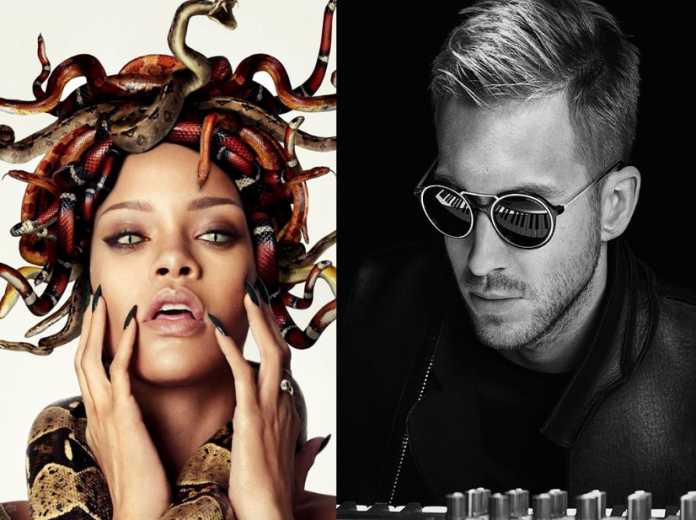 The first weekend of Coachella was full of surprise performances, including two different guest appearances by Kanye West, so it wasn’t completely unexpected when Calvin Harris brought out the big guns, i.e, Rihanna, during his closing set on Coachella day 3.

Calvin`s set also featured appearances from John Newman and Big Sean. RiRi joined Harris for their huge 2011 hit ” We Found Love “, while Big Sean played his song ” I Don’t Fuck With You “ and John sang on ” Blame “, his 2014 collab with Harris.

Rihanna sang from a stage set up in the middle of the crowd, rather than the main stage that Calvin was DJing on. Check out Rihanna`s guest appearance below