A fire broke out at an underground warehouse party in Oakland, killing at least nine people and with a further still 25 missing and unaccounted for, the California city’s fire chief said.

The fire broke through the two-story building in the 1300 block of 31st Avenue at about 11:30 p.m. Friday during an electronic dance music party featuring musician Golden Donna’s 100% Silk West Coast tour. The party started at 9 p.m. and was scheduled to last until 4 a.m., according to a Facebook page for the event.

Initial reports indicate that a lot of people, perhaps up to one hundred, were in the warehouse when the fire started, Oakland Fire Chief Teresa Deloach Reed said.

“It must have been a very fast-moving fire, there wasn’t a clear entry or exit path up on the second floor. … If (the fire) had started in that area (by the stairwell), then everyone on the second floor would have had trouble escaping” she said.

“It was too hot, too much smoke, I had to get out of there,” photographer Bob Mule, himself a resident of the building, told the East Bay Times. “I literally felt my skin peeling and my lungs being suffocated by smoke. I couldn’t get the fire extinguisher to work.” 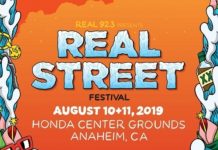