The wait is finally over Gorillaz fans. The animated project finally dropped their first new song in six years.

The band released their fourth album, “The Fall“, back in 2010, but went on hiatus shortly afterwards. As we wait for the release of their fifth album, new track “Hallelujah Money”, a collaboration between the Gorillaz and the UK singer and songwriter Benjamin Clementine is finally out.

According to Consequence of Sound the new track is arriving on the eve of Donald Trump’s inauguration and is a sharp rebuttal of the president-elect’s inflammatory rhetoric and fear-mongering policies.

Dark times – u need someone to look up to. Me. Here’s a lightning bolt of truth in a black night. Now piss on! New stuff won’t write itself. https://t.co/tOqYnXqrU2

Take a listen below 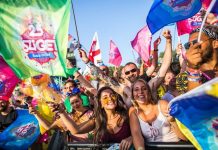 Dua Lipa, Gorillaz, and Many More Added to Sziget 2018 Lineup 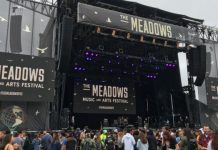