California’s annual Coachella Valley Music and Arts Festival is always known for showcasing some of the world’s most established artists and bands as well as some pretty amazing art installations. But this year’s Psychedelic Dome edition left festival-goers mind blown.

Unlike any festival before, Coachella gave their attendees an experience of a lifetime inside the world’s largest geodesic projection dome, taking viewers on a metamorphic journey through time, space and consciences.

With a 360° view and comfy reclining chairs, the 500-person audience is immersed into a psychedelic experience as an 8-minute audiovisual program is projected above.

Joshua Pipic, creative director of the project, told Creators that the main goal was to get into the minds of the viewers and incorporate something that you can’t normally experience at Coachella. Considering campfires are banned from the festival, he wanted to somehow integrate that idea.

“We started with the idea of campers gathering around a fire together in the wilderness, and embarking on the psychedelic experience after that,” Pipic said.

With the help of Obscura Digital, a creative studio that crafts one-of-a-kind immersive experiences, and Pacific Domes, the leading builder of Geodesic Domes in the U.S., they successfully created this virtual reality masterpiece. The two teams spent an entire year collaborating together and their hard work definitely paid off.

The final result consists of a 60 Ft tall, 120 Ft diameter steel vinyl dome equipped with 15 projectors, 108 L’Acoustics speakers, 16 subwoofers and 500 seats. Chrysalis, as the show is called, is incorporated with unforgettable visuals of giant neon caterpillars, alien landings, and geometric shapes pulsing through the galaxy.

Suzie Maez, 20-year-old festival lover from Dallas, TX, attended her second Coachella this past April and raved about her incredible psychedelic dome experience.

“It’s pretty dark inside, there’s a ton of really comfy chairs that lean back and it’s basically a bunch of trippy shapes,” Maez said. “The graphics were amazing. I felt like I was actually moving through the so called ‘journey’.”

The Coachella team plans to bring the dome to New York City for the Panorama Music Festival this July and is considering several other festival destinations.

“I would love if they brought the dome to other festivals,” Maez said. “It was super different. Overall, I give it a 10/10, I honestly loved it and I wish I went in more than once.”

Coachella reports the dome will without a doubt be making another appearance at the 2018 Coachella Valley Music and Arts Festival so don’t forget to get your tickets, this is definitely something you don’t want to miss.

See what the hype is all about in this 360° video! 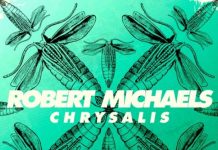