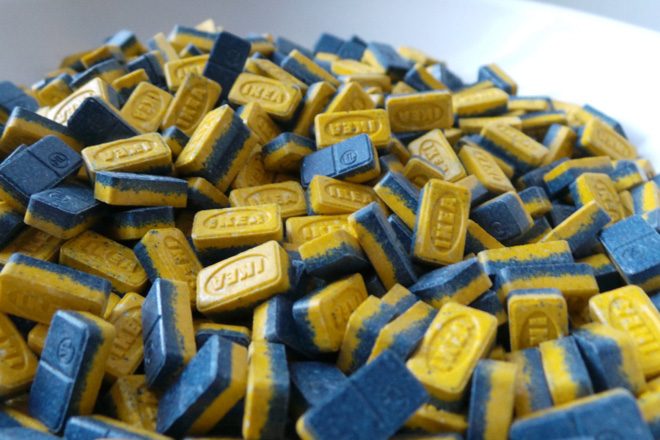 An 18-year-old man has died from what is believed to be a “particularly strong” batch of new IKEA ecstasy tablets.

Jersey Police have now issued health warnings for a new extra strong kind of IKEA ecstasy tablets. They are yellow and blue, have the word IKEA stamped on them and are believed to be circulating the island.

“Whilst subject to toxicology reports and a post-mortem, evidence at this time suggests the death is as a result consumption of IKEA ecstasy tablets,” a police statement said.

“We strongly advise members of the public not to take these tablets in the interests of their health.

“Anyone who does take the tablets and becomes unwell is urged to seek medical attention through their GP or in an emergency, attend at the accident and emergency department.”