Since the introduction of social media, it’s become faster and easier for people to say some pretty nasty things about each other, all while hiding behind the security of their phones and computer screens. Some are able to shrug off these insults, but DJ Alison Wonderland prefers to use her fighting words instead — and for good reason.

On August 13th, the Australian DJ and producer tweeted out to her fans, “At the end of the day the only thing that matters in this industry is the music. Don’t forget.”

Wonderland then wasted no time reposting the original reply on her account, followed up by a response mocking the ridiculousness of Bondarenko’s statement.

See the conversation below:

For context see below pic pic.twitter.com/dWPJW799sN 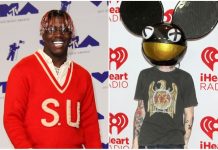