KJ Sawka, along with local DJ’s WiKiD and Architekt put on an epic, headbang worthy performance a few nights ago at Club Coda in Philadelphia. Here’s how it went down:

First on the lineup was DJ WiKiD. WiKiD, real name Calvin Bailey, warmed up the crowd with his original bass/house mixes. His music included favorites such as his heavy new single “Bombz,” and his high energy set served as the perfect kickoff to the show.

This newer producer definitely showcased his potential that night, and here’s hoping the city hears much more from him in the future.

Next up was DJ Architekt (Micheal Pipitone). This producer wasted no time diving into songs and managed to deliver some of the filthiest, break your neck on the rail worthy arsenal of bass tracks I’ve heard in a while.

This producer flawlessly combined all the best elements of metal and old school dubstep during his set, and there wasn’t a person in the crowd that wasn’t raging along every time the beat dropped, myself included.

Finally, there was the one and only KJ Sawka. After greeting the cheering crowd, he immediately sat down behind his drumkit and proceeded to blow my mind with his performance.

KJ proved himself to be an absolute beast, slaying his cymbals and keyboard as he went from track to track on his set, even including some newer songs such as “Face Crack” from his EP, Unity of Purpose.

So drum and bass fans, if you’re looking for some new artists to check out, don’t hesitate to listen check these guys out. 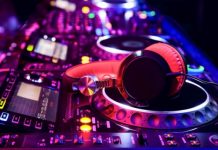 Love your locals: 10 DJ’s who are rising out of Philadelphia EDM scene