EntroPi games, based out of Berlin, were excited for the release of their latest game, ‘Vinyl Reality’, earlier this month. Through virtual reality (VR) software, Vinyl Reality gives the users a realistic simulation of a traditional DJ setup.

The game is currently available in Early Access on Steam for HTC vive only. Developers predict it will remain in Early Access for the next 6-12 months but did say support for other VR platforms is planned.

Whether you’ve been making beats since birth, or you are recently interested in learning the art of mixing, Vinyl Reality is perfect for everyone. Even if you’ve never had the opportunity to become familiar with turntables or a mixer, tutorials are provided to guide you on how to use the application.

Developers said, “Getting user feedback early on is crucial to creating a robust, intuitive and enjoyable VR DJing experience which is accessible to both professional DJs and beginners alike.” So far they have received a 96% positive user review rating.

With vinyl reality, you can load your own MP3 audio tracks, which is then categorized for you on vinyl in a record case. The software currently features two accurately modeled turntables with realistic behavior, as well as a fully featured 2-channel DJ mixer with per channel EQ, PFL and gain.

Users can also connect the application to the speakers and perform for a live audience. Updates will continue taking place throughout the Early Access. Developers promise new environments with special features, such as sound responsive light shows and visual effects, to be added in the early stages.

EntroPi said a primary focus will be making the application more accessible to people with no prior DJing experience, by adding features that will lower the learning curve, such as BPM displays. A roadmap with all of the planned features is available on Trello, so be sure to check back to stay up to date on all of the latest features.

Check out their offical trailer below! 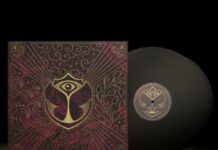 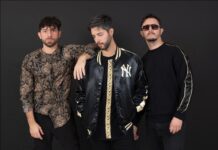