Sydney based producer Alison Wonderland has become a top name over the past few years in the electronic music scene with her emotive future bass/trap remixes. Her stand out live performances have also contributed to her success in her field and has landed her spots in top festivals such as EDC Las Vegas and Lollapalooza.

Now, a few months after the conclusion of her most recent North American tour, Wonderland has dropped a new single for her fans titled, ‘Church“, one of the many tracks set to be featured on her forthcoming album, AWAKE.

“I am excited!” Alison Wonderland posted on Twitter regarding the new song,

“I was so nervous to share church. It was the first song I wrote for the album and the last song I finished. I was so stuck on the music I ended up working on it on instagram live with my followers and vibing off them. Thank you for listening…”

Coinciding with the new single is a music video directed by Bo Mirhosseni. The video follows Wonderland as she explores her way through a series of landscapes, from a church hall all the way through outer space. The song is a triumphant anthem for self-worth, featuring booming verses such as “I don’t know what I’m meant to do /All I know’s I believe in you”, and “Never celebrate your hands on me/You better treat me like Church”

AWAKE is scheduled to be released in the coming months.

Check out the full song and video below! 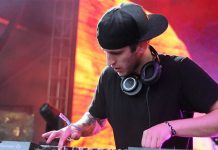 Alison Wonderland speaks out for first time about attempting suicide