Untold Festival in Cluj, Romania has completed their 2018 line up with some massive additions including Tiësto, The Chainsmokers, Jason Derulo, Paul Kalkbrenner, Jamie Jones and Seth Troxler.

The Chainsmokers will make their debut in Romania as have a large number of top-tier artists at Untold Festival over the years. Booking the Grammy-winning duo is another testament to Untold’s ambition of going where no other has gone before in their home country. The four-day festival’s level of production and booking strategy is unmatched by any other in the country except for possibly their own sister event Neversea, which takes place just a month prior to Untold. 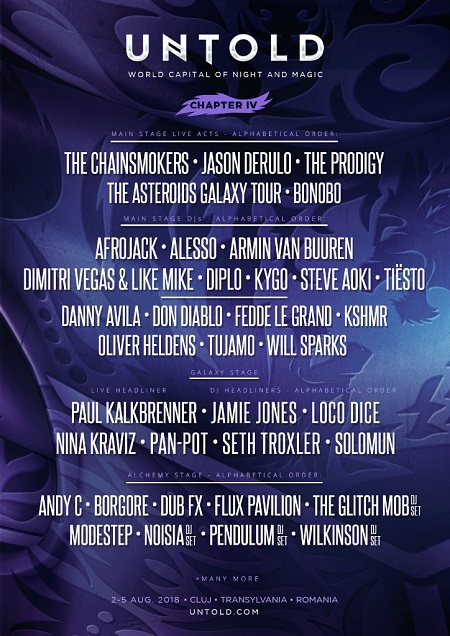 Apart from the mainstage headliners, Untold festival will also play host to a line-up of underground talent. The Galaxy stage has performances scheduled by some of the leading names in the techno and house scene including Paul Kalkbrenner, Jamie Jones, Loco Dice, Nina Kraviz, Pan-Pot, Seth Troxler and Solomun.