Our beloved DJ and producer, Steve Angello has decided to speak out against the hundreds of “Lil ____” on Soundcloud that push drugs, violence, and sexual assault. I personally have never been a fan of Lil Pump or Six Nine, mainly with how they have been pushing immoral views on our children.

I grew up on the likes of N.W.A, Eminem, Dr. Dre, and 2 Pac, all of which had their outbursts of insanity. But back then, like Steve Angello points out, Rap was a political statement.

You can check out his rant below on Instagram but it is good to see someone in the music industry calling out these spoiled children.

As antiquated as it may sound to say that rap is corrupting the minds of our youth it’s true, and we need to do something about it. 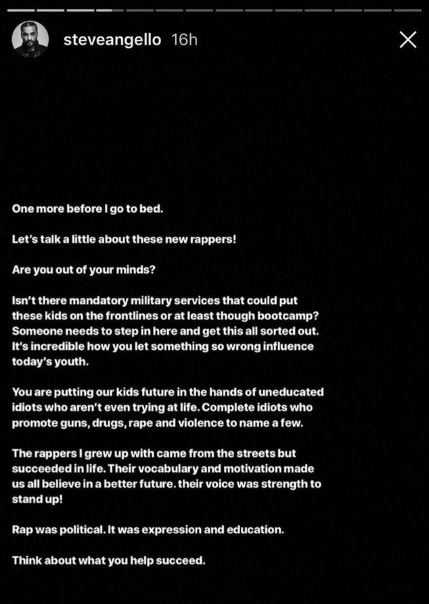